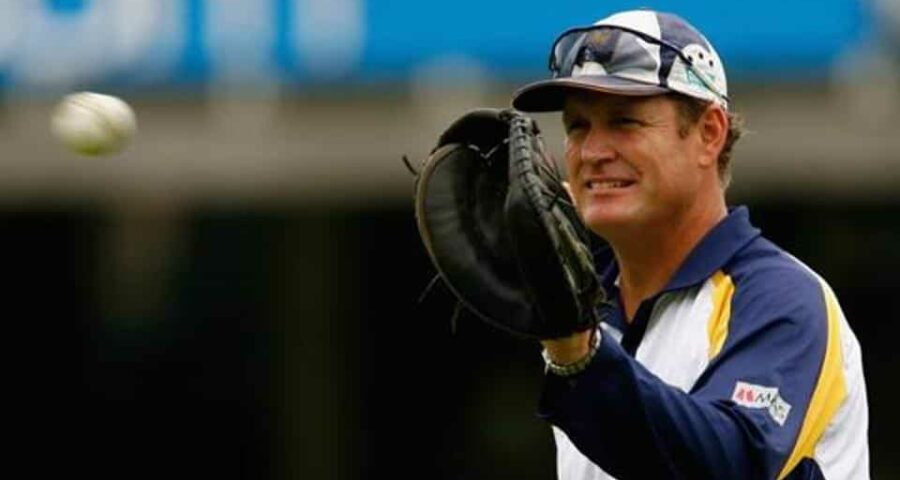 Whether it’s scoring vital runs in the lower middle order or breaking partnerships, Ravindra Jadeja is quickly becoming India’s newest Mr. Reliable. An all-rounder by trait, Jadeja started off as a bowler who can bat, but given the incredible rise his batting has seen, the 32-year-old has ticked most boxes to be guaranteed a place in the Indian team. Not to forget that Jadeja is arguably called the best fielder in the world at the moment.

Jadeja proved his credentials in the limited-overs leg against Australia and then the second Test at the MCG. Jadeja was technically a replacement for Virat Kohli, and the all-rounder proved to be a wonderful replacement picking up three wickets in the match and scoring a valuable 57 in the first innings, without which India might have struggled to acquire the 131-run first-innings lead.

Based on Jadeja’s rapid rise, former Australia all-rounder Tom Moody has backed the all-rounder to be a sure-shot candidate in India’s XI, believing he’s a wonderful fit at No. 6 or 7. As a matter of fact, Moody is confident of Jadeja getting equally good with both bat and ball, which in the long run, he believes will help India massively.

“I believe Ravindra Jadeja is a Test-quality all-rounder for all conditions. He has played 50 Test matches, and has had 33 of those at home and only 17 away. I feel that he is ready to embark on a new chapter in his career where he can be leant on as a pure bowler and a pure top-order batsman. It gives the Indian team a wonderful balance,” Moody said on ESPNCricinfo.

Jadeja during the previous Test became only the third Indian player to have featured in 50 matches across formats, behind MS Dhoni and Kohli. Yet, despite scoring almost 2000 runs and over 200 wickets, Jadeja remains a valued all-rounder, but it’s his ability to pick up wickets without depending much on turn is what’s impressed Moody the most.

“He averages just a tick over 35 in Test cricket. He has one hundred and 15 fifties and I think he’s a far better player than he was to get those numbers. So it’s only going to improve over time,” he said.

“And I think that he’s a spinner who doesn’t necessarily rely on turn either so if you’ve got a wicket with a little bit of grass, that’s not offering turn, he still will be able to build pressure and create opportunity for the Indian team to have a successful series home or away.”

With India likely to hand a longer rope to Rishabh Pant in Tests, in Jadeja and him, Moody reckons, India boast a pretty formidable No. 6 and 7. “To me the difference between six and seven is not relevant. What’s relevant is how good your keeper is as a batsman. At the moment the decision the Indian team has made with Pant, I think it’s quite a potent combination at 6 and 7,” he said.