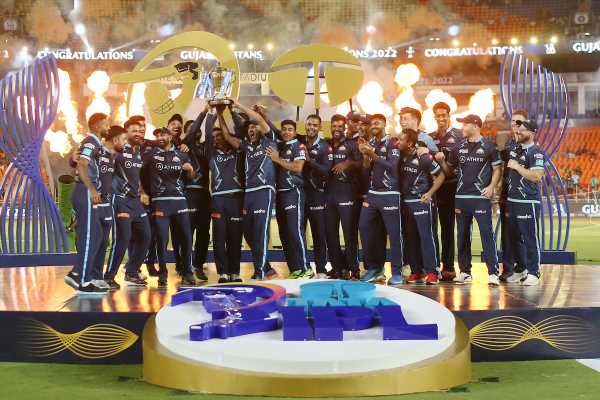 The IPL is all set to have its dedicated two-and-a-half month exclusive window from the next Futures Tours & Programme (FTP) calendar of the ICC starting 2024, with no international cricket scheduled in that phase.

That the T20 extravaganza would be a “two-and-a-half-month” affair from the next FTP was confirmed by PTI in an exclusive interview with BCCI secretary Jay Shah on the sidelines of the blockbuster IPL media rights deal last month.

“Let me inform you that from the next ICC FTP calendar, IPL will have an official two-and-a-half month window so that all the top international cricketers can participate. We have had discussions with various boards as well as the ICC,” Shah had told PTI back then and it is now turning into a reality.

As per the draft by the International Cricket Council, the IPL, which now has a window from March last week to May, will now spill over to June with a two-week extension, said a report in ESPNCricinfo.

While Pakistan Cricket Board (PCB) is expected to raise its concern as its players are banned from the cash-rich league due to cross-border tension between neighbours, Ramiz Raja is unlikely to get any support from other members.

In fact, it was the BCCI secretary Shah, who had pushed hard for the dedicated window and got most of the member nations on the same page.

The IPL pays the maximum wages to foreign players and each overseas sold to franchises ensures a 10 percent fee for the member boards as per agreement. Most top nations don’t keep any engagement during IPL.

Asked about Pakistan’s objection, an ICC Board member, privy to developments laughed.

“The problem with Ramiz is that he has to say certain things to his country’s media and he does that, which is fair. But the trend of his performance at ICC meetings tells a different story. He never puts in a strong protest. Plus, he is a thorough gentleman and he knows that this is happening. The boards want it and the players want it,” the senior official said.

From being 60 matches between eight teams, the IPL 2022 was expanded to 10 teams and 74 games with addition of Gujarat Titans and Lucknow Super Giants. In the coming years, it will subsequently increase to 84 and finally to 94 games.

Unlike the IPL, the Hundred in England, the Big Bash League in Australia will not have dedicated window.

However, both ECB and Cricket Australia would like to ensure that it is scheduled in a manner where marquee players of both countries are available for bulk of the games.

England is likely to have a three-week free window from July to August so that marquee players can play the Hundred.

Cricket South Africa’s third attempt at a franchise T20 league is set to launch in January 2023, said the report.

“In the draft of the new FTP, they have a window clear of international cricket in January 2025 and January 2026.”

The final draft is expected to be presented at the ICC’s Annual General Meeting on July 25 and 26 at Birmingham.

The Pakistan Cricket Board (PCB) said on Saturday that it has asked the International Cricket Council (ICC) to devise a way to regulate the growth of lucrative Twenty20 leagues with rising concerns about its impact on the sport’s calendar.

South Africa this week pulled out of a three-match bilateral one-day series in Australia in January as it clashes with their new domestic Twenty20 competition.

The next cycle of the Future Tours Programme (FTP), which lays down which national sides play where and when, is set to be confirmed later this month at the annual conference of the ICC, the global governing body, in Birmingham.

Franchise cricket is likely to dominate the busy international calendar, which also includes ICC events like the World Cups in all formats.

“The PCB is concerned about this development and wants the ICC to formulate a strategy on this issue.

“We have sent a proposal to the ICC, which they have added to their meeting agenda. Two other boards have also conveyed their apprehensions to the ICC on this matter and urged the ICC to create a working group to debate on the expansion of franchise-based T20 leagues.”

The ICC has already accepted the new reality, with chairman Greg Barclay saying last month “there’s not a lot we can do” about T20 leagues dominating the calendar.

The powerful Indian cricket board is negotiating an extended 10-week window for its popular Indian Premier League having sold the annual T20 tournament’s 2023-2027 media rights for a staggering $6.2 billion last month.

“Finalising the FTP is very important for us,” said Hasnain, with Pakistan only starting to host international cricket matches in recent years after a long hiatus due to security concerns.

“This will give us certainty about which teams will be visiting us and which countries we will be touring. Eighty percent of the FTP has already been agreed upon and the remaining 20% will be completed in the upcoming meeting.”