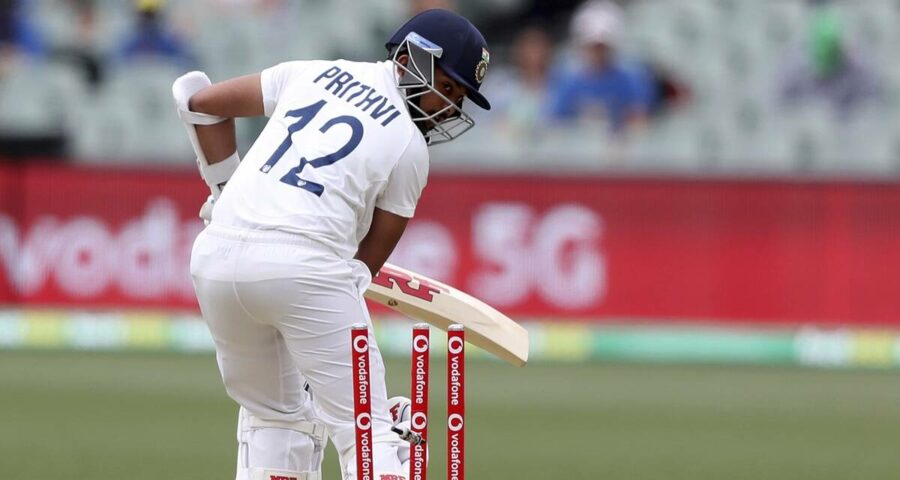 Prithvi Shaw's good run of scores in the ongoing Vijay Hazare Trophy follows 0 and 4 against Australia in the pink-ball Test in Adelaide, after which he was dropped from the Team India squad. With 754 runs at an average of 188.5, Mumbai’s Prithvi Shaw has topped the list of most runs in a Vijay Hazare Trophy season with one match in hand, the final on Sunday against Uttar Pradesh. Shaw’s good run of scores follows 0 and 4 against Australia in the pink-ball Test in Adelaide, after which he was dropped. Following his 165 against Karnataka in the semifinal, Shaw spoke to The Indian Express about the dejection on being dropped from the Test team, his technique, and how he is determined to score big runs.

I was a bit confused, I was asking myself what was happening? Is there a problem with my batting? What is the problem? To pacify myself, I told myself it was a pink ball game against one of the finest bowling attacks in the world. The question was why was I getting bowled (Mitchell Starc in the first innings and Pat Cummins in the 2nd). I was down for sure. I stood in front of the mirror and said to myself ‘I am not as bad a player as everyone is saying I am’.

You looked exposed, especially against the incoming ball. Did you speak to the Indian team coaches?

Ravi (Shastri) Sir and Vikram (Rathour) Sir made me realise where I was going wrong. I had to find a solution. Just go back to the nets and fix it. There were small mistakes that I was making. Those two innings (Adelaide, pink-ball Test) made me look bad. My back lift was the same but my bat was coming down slightly away from my body. There was an issue with the initial movement. I was in a fixed position. I needed to keep my bat closer to my body, which I wasn’t doing.

Did you have sleepless nights?

I was in complete tension when I was dropped after the first Test. I got a feeling like I was worthless though I was happy that the team was doing well. I said to myself ‘I need to pull up my socks’. There is a saying, ‘hard work beats talent’. I told myself all this talent is fine but it’s of no use if I don’t work hard. It was the saddest day of my life (when he was dropped). I went to my room and broke down. I felt like something wrong was happening. I needed answers quickly.

Did you speak to anyone?

I didn’t speak to anyone, I was getting calls but I was not in the frame of mind to speak to people. My mind was messed up. My bat was coming down from the gully area, but that’s how I have scored runs all my life. The problem was the way I was getting out and I had to fix it immediately. I met Sachin sir (Tendulkar) after I came back, he said don’t make too many changes and to just play as close to the body as I could. I was late on the ball. So during the entire Australia tour, I worked on that part. Maybe it was because I had gone to Australia after playing in Dubai (IPL).

How tough was it to be in the dressing room during such a historic series win?

I wasn’t thinking anything. The only thing which was running through my mind was… be it Starc or anyone, I can play them. I know that. I know my capabilities.

In hindsight do wish you had got an additional game?

I did wish, but obviously, it wasn’t in my hands.

How tough is it to cope with failure after the early highs?

I never give up easily. Mein Virar ka ladka hoon (I am a Virar boy), I have come from the streets. I know how to bounce back. I have always kept the team above me, be it club, Mumbai or India. If you want me to score 1 run in 100 balls, then I can try but that’s not me. That’s not my game. I can’t play like that. I have never been in such a situation like I was in Australia but I have worked hard now. Spent hours and hours in nets to rectify it.

What did you do when you came back to India?

Once you are dropped from the team there is pressure to perform and make a comeback. I am keen to get runs. I wanted to get big-daddy runs. The other day I had a back pain during the quarterfinals and our physio and team management asked me to return to the dressing room, I said ‘no’. They gave me a medicine and I continued batting. My focus was to remain unbeaten. I’m trying to handle situations better when I am batting.

Did you imagine that you would have such a good run in the Vijay Hazare?

I wasn’t expecting anything. Even now I feel everything is not fine till I am back in the Indian team. Whenever I get a chance, I want to grab it. I knew that I wouldn’t be getting a chance against England and I took it in my stride. It is me who has to be blamed.

There is talk that you didn’t work enough on your fitness?

These things will be said when you don’t score. I’m not saying I am the fittest player in the team but I do work hard. There are always areas to improve. One can never be perfect.

Ricky Ponting predicted about your weakness related to the incoming ball on air before you got out?

He is a legend of the game, what can I say? I am off social media now. It is distracting. It’s hard sometimes when you read comments. So it’s better to be off now.