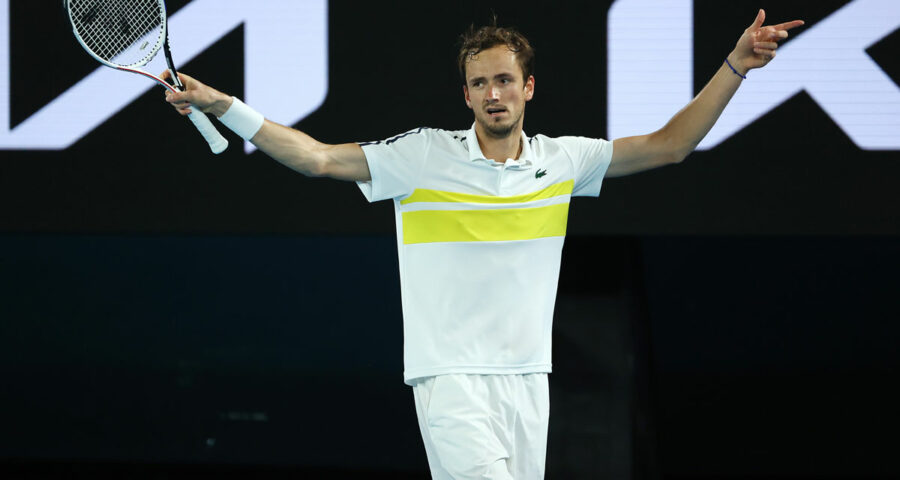 A collision with an on-court camera spelled disaster for in-form Daniil Medvedev on Saturday when he was stunned 2-6, 6-3, 6-3 by fellow Russian Andrey Rublev in their Western & Southern Open semi-final in Cincinnati.

Rublev will play Alexander Zverev for his maiden Masters 1000 title on Sunday after the German downed Stefanos Tsitsipas 6-4, 3-6, 7-6 (4) in a thrilling second semi-final at the warm-up for the US Open.

Medvedev was top seed and favourite to take the title but was beaten for the first time by Rublev after crashing into an on-court camera and knocking it to the ground while chasing the ball at the baseline in the second set.

The world number two offered his hand to the camera operator as the chair umpire walked over to make sure both were okay. Medvedev then kicked the camera, telling the umpire, “Take it away. I almost broke my hand”.

Tournament organisers did not immediately respond to a request for comment.

Medvedev, who won the tournament in 2019, did not meet with the media on Saturday but Rublev said the incident had been concerning.

“Of course, in these moments it’s really dangerous … it’s not good for athlete because he might get hurt,” he told reporters.

“But I hope everything is fine with him. At least, the way he was playing, looks like nothing serious happened.”

Zverev is also in fine form, having beaten world number one Novak Djokovic on his way to claiming the Olympic gold medal in Tokyo at the start of the month.

He whipped through the first set against fellow young gun Tsitsipas and was a break up in the second before the Greek world number three battled his way back into the contest.

After evening up the match at one set apiece, Tsitsipas went two breaks up in the decider but this time it was Zverev’s turn to launch a comeback and the engrossing contest was decided in a tiebreak after two hours and 41 minutes on court.

“This is only the beginning of the rivalry, I hope,” Zverev said on court.