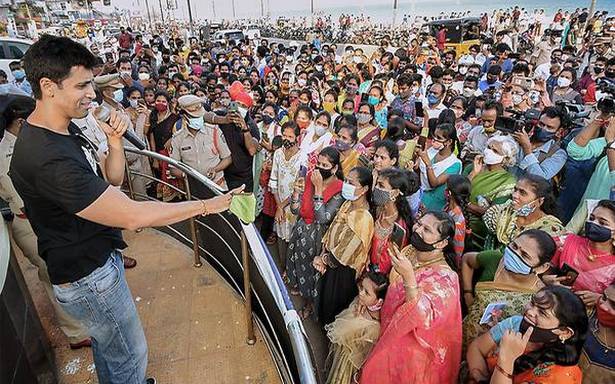 ‘The mobile application has a number of features’

Tollywood actor Adivi Sesh took part in ‘Disha SOS app’ awareness programme held near the Kali Matha temple on Beach Road here on Sunday. A large number of women and girls attended the event which was organised by the city police.

Speaking to the participants, Mr. Sesh appealed to them to install the app on their mobiles, without fail, and also register themselves.

He said that the app enables women in distress to get police help, within minutes. When not in a position to press the button, they can just shake the mobile phone, he said, giving a demo of the app to the participants.

The actor also said that the mobile application has a number of features which could be very helpful to women in case of any problem.

Mr. Sesh also said that he was very happy be a part of the awareness programme for the women’s safety on the occasion of ‘Raksha Bandhan’.

A number of fans took selfies with Mr. Sesh.