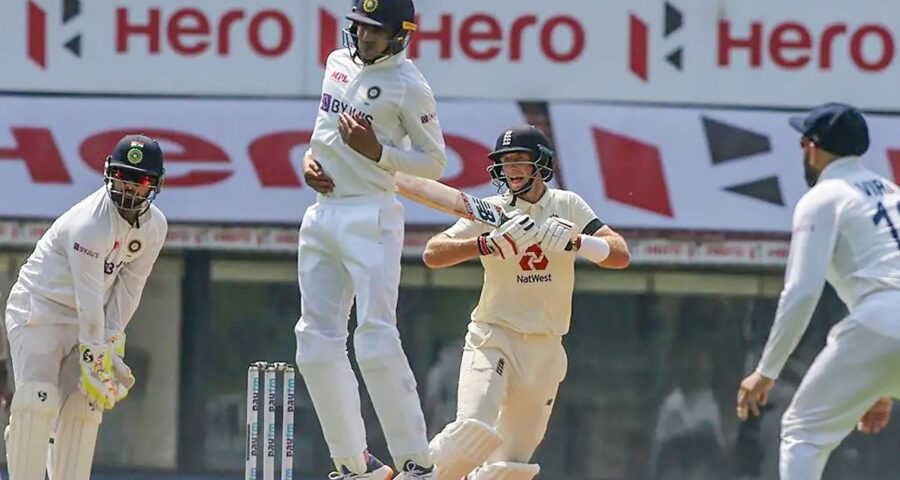 ‘The challenge will be to keep getting myself in positions to make big hundreds. I’ve got to keep taking them.’

Joe Root knows how fickle form can be and the England captain said he is keen to make hay while the sun shines after registering his 20th Test century in the opening match against India on Friday.

Playing his 100th Test, the elegant right-hander crafted an unbeaten 128 in Chennai, battling cramps towards the end of the opening day’s play at the MA Chidambaram Stadium.

Root’s spin masterclass was a continuation of the red-hot form of a batsman who had scored a double hundred and a big century in his previous two Tests in Sri Lanka.

“Certainly I feel like I’m in good form and I need to make sure I cash in on that,” the 30-year-old told a video conference after his “very special” knock put England in a commanding position against India.

Root has nine 150-plus scores in Test cricket but the top-order batsman is not satisfied.

“Over the course of my career I’ve not always gone on and made really big scores. So for me to be doing that currently is really pleasing.

“The challenge will be to keep getting myself in positions to make big hundreds. I’ve got to keep taking them. We’re going to win more games if I’m doing that. So hopefully I can kick on tomorrow personally but most importantly we can have a bat tomorrow and we can be in a strong position in this game.”

Asked to explain his purple patch with the bat, Root said, “I’ve worked on a few technical things.

“I tried to eradicate it, tried to improve things and evolve as a player and it seems to be working nicely. The challenge will be — can I continue to keep getting better all the time?”