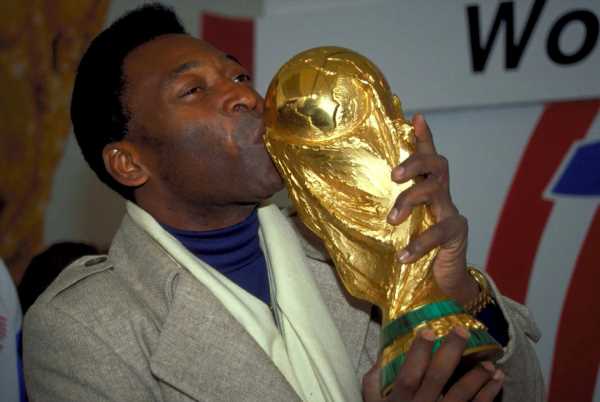 Before Pele made his debut for Brazil, the South American nation had never won the World Cup. By the time he retired, they had won three – more than any other team.

Arguably Pele’s greatest contribution to both soccer and Brazil was to transform his underachieving nation into a footballing superpower.

“Pre-1958 Brazil has a rich football heritage but it was not the country of football,” David Tryhorn, co-director of the 2021 Netflix documentary “Pele,” told Reuters.

“Post-1970 the first thing that comes to mind when we think of Brazil is football. And while there is a wildly talented double generation of players responsible for that, the unifying figure is Pele.”

He remains the only player to have played for three World Cup winning teams, although his experiences in the tournament varied greatly.

He burst on to the scene at the age of 17 in 1958, scoring six goals in the knock-out stages, including two in the final against Sweden, as Brazil recorded their first triumph. Pele hoped to make it three-in-a-row in England in 1966 but Brazil were knocked out in the group stage.

After retiring from international football for two years he returned in time for Mexico 1970, determined to win the Jules Rimet trophy and go out on a high. His performances in what is often called the greatest team of all time capped his international career.

He was supported by an ensemble cast. Rivellino’s bending free kicks, Jairzinho’s record of scoring in all seven games of the finals, and captain Carlos Alberto’s glorious fourth goal in the final against Italy were all unforgettable to an audience watching a World Cup broadcast live and in colour for the first time.

But it was Pele, already widely held to be the greatest player of all time, who truly captured the imagination.

The audacious shot from the halfway line against Czechoslovakia, the outrageous dummy that bamboozled the Uruguayan goalkeeper, and the amazing header turned round the post by Gordon Banks all went down in history.

None of those chances resulted in goals, but even when he didn’t score his invention shone through, cementing the image of the Brazilian footballer as the world’s most creative player and Brazil as the spiritual home of what would forever be called “the beautiful game”.

“Brazil’s performance in the World Cup final of 1970 was a masterclass,” said the late England goalkeeper Banks. “On that day Brazil firmly planted their flag on the summit of world football, a peak to which all other teams must aspire.”