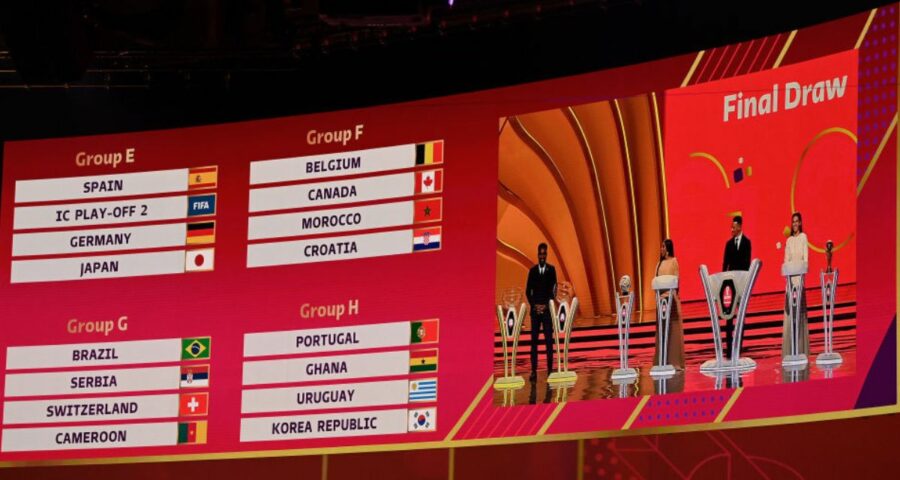 Having just delivered the most exciting group stage ever seen at a World Cup, with a tried and tested format that keeps hundreds of millions of fans enthralled, FIFA now faces the prospect of ripping it all up as they try to accommodate 48 teams at the 2026 edition in North America.

It means world football’s governing body are re-thinking the format for the next World Cup as their original plans to have 16 groups of three teams in the first phase, with two from each advancing to the next stage, now look dangerously dull, as well as potentially courting unsporting behaviour.

As things stand now for 2026, when Canada, Mexico and the U.S. jointly host the World Cup, there is a risk of many ‘dead’ matches, for example, if the last group game was between two teams who had already won one each and were therefore already qualified or contrived results.

FIFA conceded earlier this year they were concerned about the possibility of contrived results where two teams could engineer a positive result for both, which would eliminate the third group team not playing.

“It’s an issue that has been raised,” said FIFA vice president Victor Montagliani in March.

The 2026 format has the 48 teams reduced to 32 after the group phase and then the tournament becomes a knockout affair.

Alternative formats are now on the table, with the FIFA Council, the organisation’s all-powerful cabinet, to decide next year.

They are, according to FIFA’s head of global football development Arsene Wenger, 12 groups of four teams, with the best third-placed teams advancing with the top two, or another option to split the World Cup into two separate halves of 24, each featuring six groups of four teams. The winner of each half would meet in the final.

Given how dramatic and exciting some of the four-team groups were concluded in Qatar, that seems a more viable proposition.

With four team groups, there would be 104 matches, requiring at least an extra week.

There, FIFA run the risk of tilting the delicate balance of all-consuming excitement that the World Cup has proven in Qatar into a drawn out affair that loses its lustre with the quality of entertainment diluted.

More matches, however, would mean more television rights money and as the World Cup brings in some 90% of FIFA’s revenue, its leaders will be tempted.

The World Cup in Qatar has earned $ 7.5 billion in rights and sponsorship revenue, one billion more than for the 2018 finals in Russia, FIFA said last month.