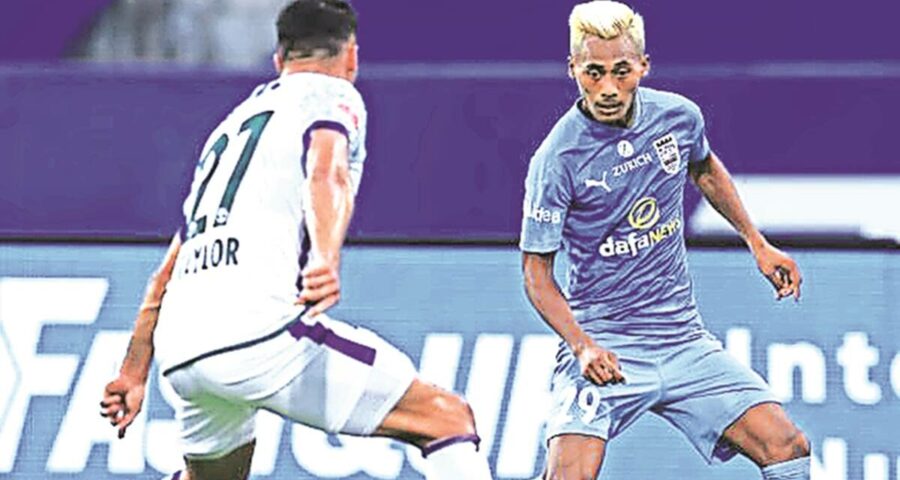 Graduates from academies set up by Tata, All India Football Federation and Minerva, too, are sprinkled across different teams and leagues in the country.

In 2009, Shillong Lajong became the first club from the Northeast to qualify for the country’s premier football competition, the I-League. A little more than a decade later, they are absent from the top two tiers of Indian football. Yet, their presence is unmistakable — because clubs across India continue to reap the benefits of the talent Shillong Lajong have churned out over all these years.

From Mumbai City’s Bipin Singh, one of the standout performers in the ongoing Indian Super League (ISL) season, to Bengaluru FC youngster Wungngayam Muirang, the first Tangkhul Naga player to feature in the competition, and Goa’s Redeem Tlang, over 20 Shillong Lajong alumni have been snapped up by 10 out of the 11 teams in the top division.

Graduates from academies set up by Tata, All India Football Federation and Minerva, too, are sprinkled across different teams and leagues in the country. But what sets Shillong Lajong apart is they are a community club feeding other clubs pan-India with finished products.

In the process, and at a time when most Indian clubs are finding it tough to sustain operations, they have generated revenues in the eight-figure range. In 2017, for instance, the club earned Rs 1.47 crore in fees on contracts for its players at the ISL draft. In 2015, they purchased a 20-acre parcel of land, where their academy is being set up.

Curiously, being the country’s feeder centre was never Lajong’s plan. Their goal was just to become self-sufficient. “We didn’t strategically plan to be a feeder team. Since 2009, our objective has been sustenance and digging deeper in youth development,” says the club’s owner Larsing Ming, who is also the AIFF vice-president. “Northeast means lesser revenue opportunities in terms of sponsorships. But with the kind of talent available, we found it prudent to invest in the grassroots.”

After they got promoted to the I-League, Ming and the club’s then coach Pradhyum Reddy came up with a five-year plan, ‘Goal 2014’. The objective was to scout raw talent from across the Northeast and prepare a supply chain for the club that had limited financial resources.

“We knew players would leave us for bigger clubs who offered them salaries which we could not match,” Reddy, who led them to promotion to the top division, says. “We couldn’t compete with the market so, out of compulsion, we started developing young players for our team.”

Two things helped Lajong. At the time, in the rest of the Northeast, there weren’t many clubs or opportunities for the young players to showcase their talent. It gave Shillong Lajong a first-mover advantage, according to Reddy.

“So we would take our first team to tournaments in Manipur, Mizoram, Sikkim…and simultaneously conduct camps, which would attract hundreds of local kids,” Reddy says. “If you are an under-15 kid in Manipur or Mizoram, what do you do? There was no league there. At Lajong, we would train them, get them a place to stay and find a level for them to compete.”

They trained them in the ‘Lajong Way’, with focus on preparing technically strong players who were comfortable in possession. This became an asset since most of the players were naturally gifted with pace.

In 2014, when the club had established itself in India’s top tier, Ming chose to invest in the ISL franchise NorthEast United.

“But immediately into the first year, we decided to opt out as it was too large an investment for a small club like ours to be a part of,” Ming says. “We realised perhaps it’s better to look at further focusing on the youth development part.”

But in a rapidly-changing football landscape in the Northeast, Lajong had lost its first-mover advantage. Teams from Shillong, which helped Lajong become what it was, could not sustain themselves so they either shut shop or dramatically scaled down their operations. The weakening of local structure in Meghalaya coincided with Mizoram and Manipur setting up robust systems of their own, which aided their rapid growth.

With other Northeastern clubs doing better, and ISL teams with more money scouting in the region, Ming realises that Lajong is no longer the first choice for a young player.

“Things have dramatically changed. Earlier, the composition of Lajong teams was pan-Northeast. There was not one state in the Northeast that has not had a player from Lajong,” Ming says. “It’s not as pan-Northeast now as it was five years back. Not because we changed our focus, but the competition to get players at the youth level has increased very much in the last few years.”

These factors had a profound impact on Shillong Lajong’s performances. So much so that the club even got relegated to the third tier of domestic football in 2019.

The fall, Ming says, has given the club a chance to rebuild and return to the old ways. In the year they got relegated, a Meghalaya school comprising Shillong Lajong academy boys won the Subroto Cup, the national inter-school competition.

Those players, aged under-17, are being trained at the club’s academy and Ming hopes this bunch will help them return to the I-League to coincide with the year when the league champions will earn a spot in the ISL. That arrangement is set to come into force next year.

“It’s about pacing yourself. You don’t want to run out of breath especially when you have limited resources as far as your lung and muscle capacity is concerned, metaphorically speaking,” Ming says. “We have returned to the same stage where we began in 2009. Our genesis has been developmental and that’s what our focus will be over the next few years.”