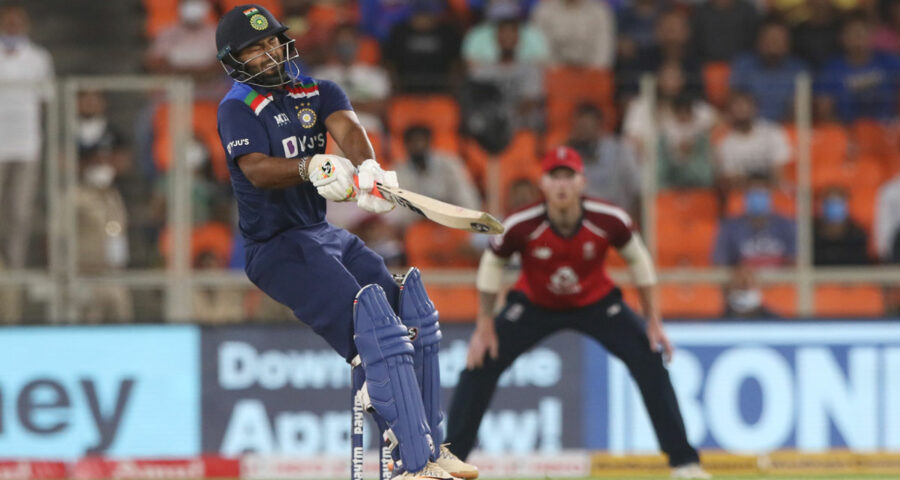 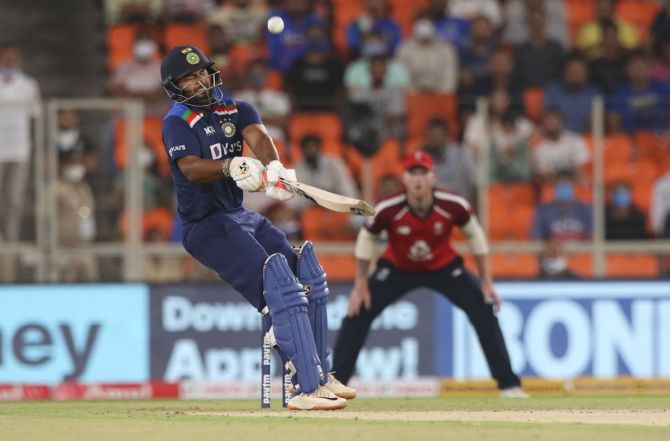 India may have lost the opening T20 International against England on Friday, but Rishabh Pant made sure that home fans had some positive memories from the game.

Pant, who made a comeback to the Indian T20 team, played an audicious reverse scoop off England fast bowler Jofra Archer for a six to leave everyone stunned at the Narendra Modi stadium.

He had hit a similar shot off legendary English pacer James Anderson in the fourth Test in Ahmedabad a week earlier on March 5.

Showing no fear for Archer’s express pace, Pant, who hit 21 from 23 balls, made room before he launched the length delivery pitched outside the leg stump with the reverse bat over the wicket-keeper for a six.

England batting great Kevin Pietersen hailed it as ‘The greatest shot ever played in cricket’.

‘Holy smokes! Pant has just played the greatest shot that’s ever been played in cricket. Reverse sweeping/lifting Archer with a brand new white ball at 90mph for 6, KP tweeted.