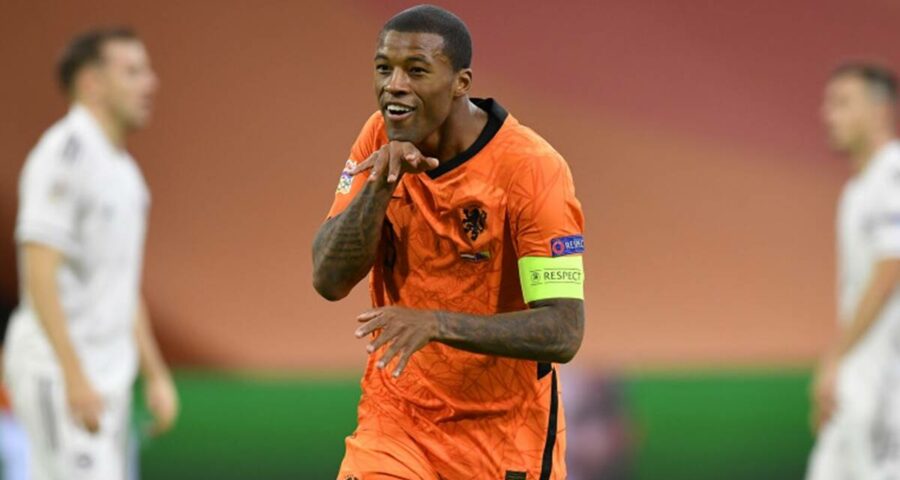 The 30-year-old Wijnaldum, who is the vice-captain of Netherlands, has started only five of nine Ligue 1 matches and one in the UEFA Champions League for his new club PSG. Netherlands coach Louis van Gaal expressed concern that midfielder Georginio Wijnaldum had not been able to bed down a regular berth at his new club Paris Saint Germain.

The 30-year-old Wijnaldum, who is vice-captain of the Dutch national side, joined PSG from Liverpool but has started only five of nine Ligue 1 games and one in the Champions League.

“Of course I’m worried,” Van Gaal said on Monday at a news conference ahead of the latest round of World Cup qualifiers. “I’ve already talked to him about that when he arrived.”

Given Van Gaal’s insistence that players he picks for the Netherlands are regulars at club level, Wijnaldum’s place in the national team could be at risk although the veteran coach moved quickly to temper any dramatic headlines.

“The alarm bells are not going off yet. I have a lot of faith in some players,” said Van Gaal.

“Wijnaldum was injured before the 2014 World Cup but I took him anyway and he played in almost every game there. He did that very well,” the coach added of his previous spell in charge when the Dutch finished third at the finals in Brazil.

Wijnaldum is suspended for the Netherlands’ next World Cup qualifier against Latvia in Riga on Friday but is expected to play next week against Gibraltar in Rotterdam as the Dutch looks to keep first place in Group G of the qualifiers for Qatar 2022.

After six games, the Netherlands leads Norway on goal difference and stands two points clear of third-placed Turkey, which it thrashed 6-1 in its last qualifier in September.