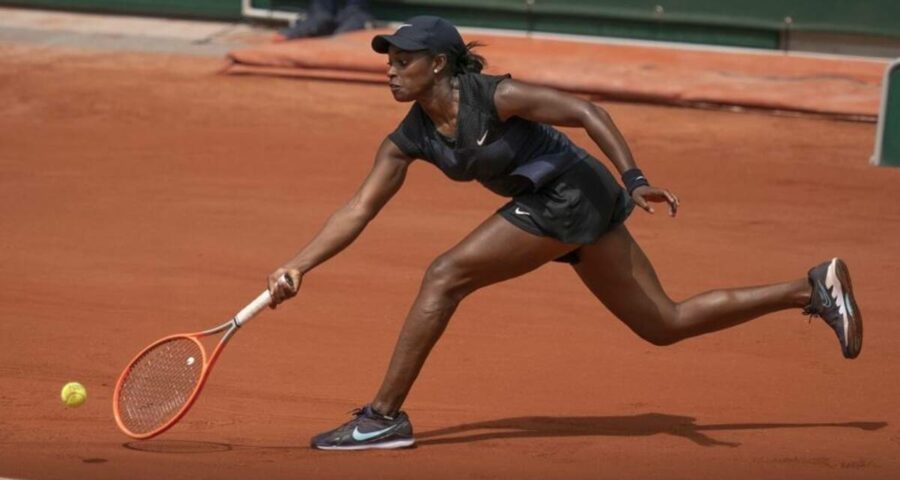 After a double exchange of breaks in the second set, Sloane Stephens then took a third break to seal the win and set up a clash against Barbora Krejcikova. Former U.S. Open champion Sloane Stephens overcame an attacking Karolina Muchova at the French Open on Saturday, ousting the Czech 18th seed with a 6-3 7-5 victory and progressing to the fourth round.

Former world number three Stephens, who reached the final at Roland Garros in 2018, has slipped down the rankings and currently sits in 59th place.

But the 28-year-old’s experience and consistency helped her fend off the challenge from Muchova, four years her junior, who kept rushing to the net to unsettle Stephens but without much success.

Australian Open semi-finalist Muchova won just 36% of her net points as Stephens landed 84% of her first serves and broke the Czech four times in all.

In her first round match against Carla Suarez Navarro, Stephens came within two points of defeat. After fighting back for the win, she notched up her first victory over a top-20 opponent since the end of 2018 when she upset ninth seed Karolina Pliskova.

Muchova had plenty of problems on her serve early on, and a lone break in the fourth game was enough for her American opponent, who won her home major in 2017, to take the opening set on the Simonne Mathieu court.

After a double exchange of breaks in the second set, Stephens then took a third break to seal the win and set up a clash against another Czech, Barbora Krejcikova, who ousted fifth-seeded Ukrainian Elina Svitolina 6-3 6-2.

Kenin roars back to topple Pegula in all-American clash

Fourth seed Sofia Kenin rallied from a set down to book a place in the French Open last-16 on Saturday, defeating fellow American Jessica Pegula 4-6 6-1 6-4 on Court Suzanne-Lenglen.

Kenin, who finished runner-up to Iga Swiatek last year, made a bright start to take a 3-0 lead before unforced errors crept into her game, allowing Pegula to find her rhythm and draw level at 4-4.

Pegula, whose only WTA title came in 2019, showed incredible court coverage as she broke her opponent for the third time for a 5-4 lead before serving out the opening set.

But Kenin roared back, dropping just one game in the second set and pushing Pegula around the court with pinpoint groundstrokes.

The 2020 Australian Open champion carried the momentum into the final set as she broke Pegula twice in the opening three games before serving out the final game, booking a spot in the second week of the tournament.