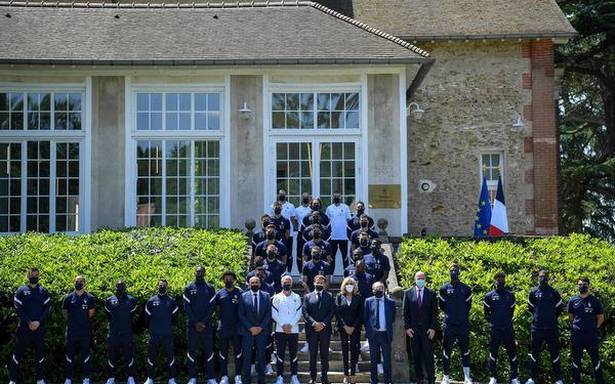 Portugal, Germany in group of death with the world champion

Euro 2020 finally kicks off on Friday as Portugal prepares to defend its title and world champion France seeks a rare double a year after the tournament was delayed by the coronavirus pandemic.

France’s fearsome forward line makes it favourite to win a third European crown at the pan-continental event, while top-ranked Belgium and a youthful England side will be major threats.

For the first time, the tournament is taking place in 11 cities across Europe — instead of one or two countries — despite the lingering shadow cast by the COVID-19 crisis.

Favourites France is not in action until Tuesday in the headline act of the first round of group matches when it takes on Germany in Munich.

All eyes will be on 33-year-old forward Karim Benzema, who was recalled after an international exile of five-and-a-half years following a prolific season for Real Madrid.

Cristiano Ronaldo is now 36 but is still going strong and is supported by a better squad than five years ago, which also boasts the outstanding talents of Joao Felix, Bruno Fernandes, Bernardo Silva and Ruben Dias.

England has the carrot of knowing both semifinals and the final will be played at Wembley, while Italy and the Netherlands are eager to impress after failing to qualify for recent tournaments.

But despite the ongoing COVID-19 threat, UEFA president Aleksander Ceferin has been bullish, insisting Euro 2020 will be safe.

The clearest illustration of that is set to come from Budapest, where it is hoped the new Puskas Arena will be packed to capacity.

Each of the host cities will welcome back fans, with capacities of between 25 percent and 100 percent apart from Munich, which aims to host a minimum of 14,500 fans — around 22 % of capacity.