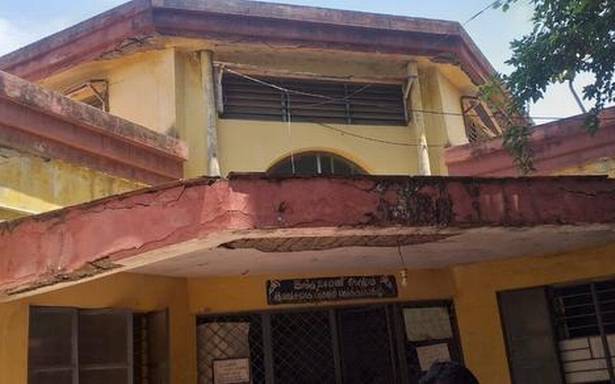 A group of activists belonging to the Communist Party of India (Marxist) conducted a survey of three Primary Healthcare Centres (PHCs) and one taluk headquarters hospital in Tiruverumbur and found the quality of infrastructure to be poor.

They have filed a report and submitted their findings to the Revenue Divisional Officers (RDO) of Tiruchi.

At the Thuvakudi General Hospital, the activists found that there was no facility to take RT-PCR tests. There was also no vaccination camp being held.

“Doctors here told us that only around 50 inoculations were being done per day,” Ms. Mallika said.

At a hospital where at least eight doctors must be deputed, only four were appointed and they were overstretched, she added.

The 45-bed capacity at the hospital was insufficient, and no special arrangements were made for oxygen support for COVID-19 patients.

“There was only one doctor who said she lived far away from the centre. She would stay at the hospital throughout the day and return home at night. The nurses handle most cases unless the doctor is required,” she said.

The facility lacked space and personal distancing was unheard of here, she added. Some patients also told Ms. Mallika that the roofs leak when it rains, she added.

Thirunedungulam and Navalpattu too were short-staffed and in a sorry condition. “The doctors at these places were tired. Some were even working overtime,” she said.

On behalf of the CPI(M), a report has been submitted to the RDO and copies will be handed over to the Minister of School Education, Anbil Mahesh Poyyamozhi, and Minister for Medical and Family Welfare, Ma. Subramanian.

At a time when the entire state is dependent upon the medical infrastructure the government needs to take note of its sorry state in the semi-urban and rural parts, Ms. Mallika said.