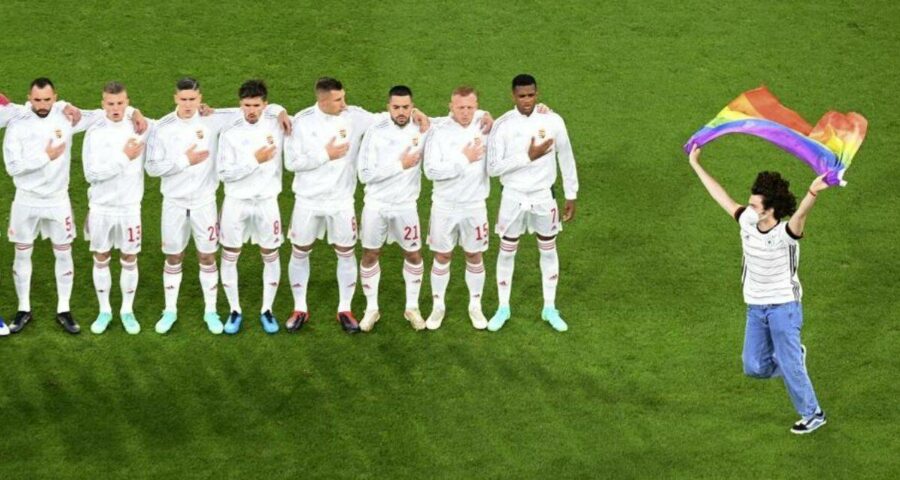 As security staff led the invader off the pitch, a number of fans waved flags in support and cheered. A protester waving a rainbow flag invaded the pitch ahead of Germany’s Euro 2020 clash against Hungary on Wednesday night, and fans outside and inside the stadium carried similar banners to show their support for LGBTQ rights.

Munich’s mayor had wanted the Allianz stadium to be lit in rainbow colours for the match to protest a new law in Hungary banning school materials deemed to “promote” homosexuality and gender change and restricting the media from showing such content in programmes accessible to minors.

UEFA denied the request, but that didn’t matter to the fans streaming into the stadium who carried flags in with them and to the volunteers who handed them out to those entering the stadium.

As security staff led the invader off the pitch, a number of fans waved flags in support and cheered. Many public transport workers and others around the city had flags to show their views on the issue, while a wind turbine outside the stadium was lit up in rainbow colours, as the mayor had said it would be following the UEFA ruling.