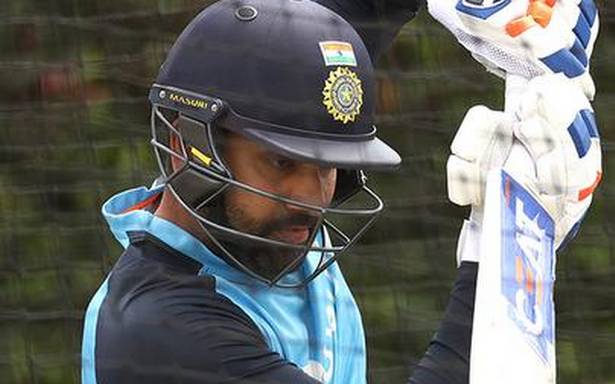 He is batting really well in the nets, says India’s stand-in skipper

Rohit Sharma is set to make his first appearance in white flannels in almost 15 months and he has found a vocal supporter in India captain Ajinkya Rahane. On the eve of the third Test of the Border-Gavaskar Trophy, Rahane confirmed Rohit will be slotted at the top of the order.

“We all are really excited to have him (Rohit) back. His experience at the highest level matters a lot. He is batting really well in the nets,” Rahane said on Wednesday.

“He has had seven net sessions. He came to Melbourne, and started his practice straightaway after the Test got over. He has been batting really well. The last couple of series he has batted as an opener, so you will definitely see Rohit at the top (of the order).”

Rohit has missed India’s last four Tests — two each in New Zealand and Australia — due to fitness issues. The limited-over team’s vice-captain was elevated as Rahane’s deputy, after having recovered from a calf injury he sustained during the Indian Premier League.

While Rohit’s form with the bat may be a bit of a concern, his presence on the field will be a boost for Rahane, the captain. Rahane’s stunning captaincy in the absence of Virat Kohli has been instrumental in India levelling the series.

“As a captain, I am really enjoying this role and definitely it is a proud moment for me to lead my country, it is an honour, and to lead this exciting bunch of guys, I feel really good and proud, so really looking forward to tomorrow’s Test match and as a captain there are responsibilities and challenges but I am really enjoying it,” Rahane said.