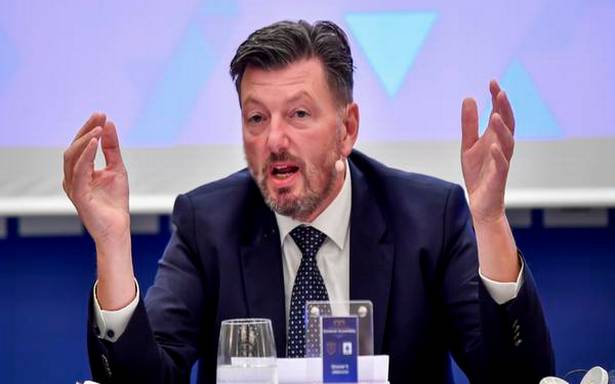 Europe’s top football leagues cautioned that FIFA’s biennial World Cup plan is still on the table and they vowed on Friday to resist the proposed overhauls of the international match schedule.

FIFA president Gianni Infantino promised on Wednesday to seek a global consensus during a longer period of consultation about the World Cup’s future. That was seen as him acknowledging the strength of European opposition to doubling the frequency of the World Cup.

The 33-nation European Leagues group was later briefed by FIFA officials, including Arsene Wenger, who shaped the proposal that includes biennial World Cups and fewer, but longer, breaks in domestic seasons to play national team games.

FIFA decided this week not to push for a December vote of its 211 member federations and instead to host online talks on Dec. 20 in what it called a “global summit”.

“We have also understood very clearly (Thursday) that this does not mean that the proposal from FIFA is off the table,” European Leagues managing director Jacco Swart said on Friday. “We do have no other alternative than strongly reject the FIFA proposals,” said Swart, a former official at the Netherlands’ top league.

The leagues cited the risk of “a severe shift in sporting and economic value from domestic to international competitions”.

It’s estimated that playing a World Cup every two years would add about $3 billion to FIFA’s revenue that is currently $6 billion in a four-year commercial cycle with one men’s edition.

FIFA argues this is necessary to attract and retain young fans and fuel development of football globally.

“The FIFA proposals are detrimental for the domestic competitions, for the clubs, for the players and for all the fans,” Swart said, echoing the views of UEFA and fan groups.

“Football as a whole cannot accept those proposals,” he said after a two-day meeting of European Leagues members in Milan.

The leagues prefer keeping the current system of pausing for one weekend four times each season to clear space for national-team games. FIFA wants fewer breaks with less long-haul travel for players, and one option calls for a single long break in October.

Infantino said this week FIFA is preparing a feasibility study that will include the economic effects of biennial tournaments ahead of the December meeting of its members.

In an online meeting on Tuesday with UEFA members, some told Infantino they could resign from FIFA if the biennial World Cup is approved. UEFA and South American body CONMEBOL have also suggested boycotting future World Cups.