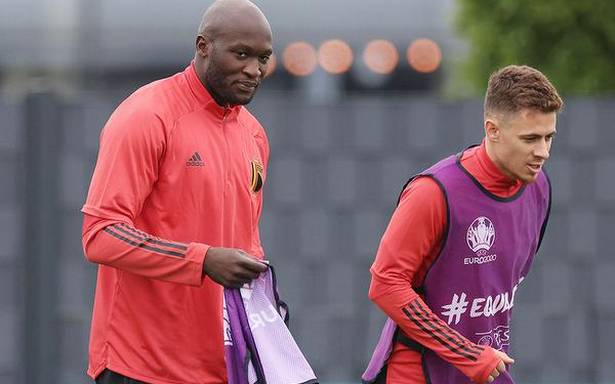 Switzerland will try to follow up its shock elimination of world champion France against Spain on Friday, after reaching the quarterfinals of a major tournament for the first time in 67 years.

Vladimir Petkovic’s side recovered from two goals down to force extra time against much-fancied France and prevailed on penalties as 2018 World Cup hero Kylian Mbappe missed the decisive spot-kick.

Now the Swiss hope to spring another surprise against a Spain team that has scored 10 times in two games after a slow start to the group stage. Alvaro Morata’s redemptive strike helped secure a 5-3 extra-time win over Croatia, but Spain will need to cut out the errors if it is to contend for a record fourth European Championship.

History is on Spain’s side against Switzerland, having lost just once in 22 meetings, a 1-0 defeat in South Africa that sparked its run to the 2010 World Cup title.

Spain captain Sergio Busquets is the lone survivor from that team, while the Barcelona midfielder and Jordi Alba are the only two players in the squad left from its Euro 2012 triumph.

Switzerland celebrated what striker Haris Seferovic called “the most beautiful of nights” as it dumped out France to win its first European Championship knockout tie.The last time the Swiss reached a major quarterfinal it lost 7-5 to Austria as hosts of the 1954 World Cup.

Belgium’s leading scorer at the European Championship is no stranger to Italy’s veteran defenders. They all play in Serie A.

Romelu Lukaku will likely be the main attacking threat when Belgium takes on Italy in Munich in the other quarterfinal. The Inter Milan forward has scored three goals in his team’s four victories so far. And with Kevin De Bruyne and Eden Hazard both doubtful for the game, Italy captain Giorgio Chiellini and teammate Leonardo Bonucci — both defenders at Juventus — will know just who to focus on. “It’s a quarterfinal. It will be decided on small details,” Belgium midfielder Youri Tielemans said.

Belgium, which is trying to win its first major football tournament three years after a third-place finish at the World Cup, hasn’t lost in 13 games and is the top-ranked team in the world. The Italians haven’t been beaten in a national team record 31 matches, though they were taken to extra time by Austria in the round of 16.

Belgium has only beaten Italy once before in a competitive game — in the 1972 Euro quarterfinals.