Tomas Holes scored one and assisted one to Patrik Schick as Czech Republic steamrolled Netherlands in the second half after Matthijs de Ligt was sent off for a last-man tackle on Schick. The Dutch had 0 shots on target in the match. 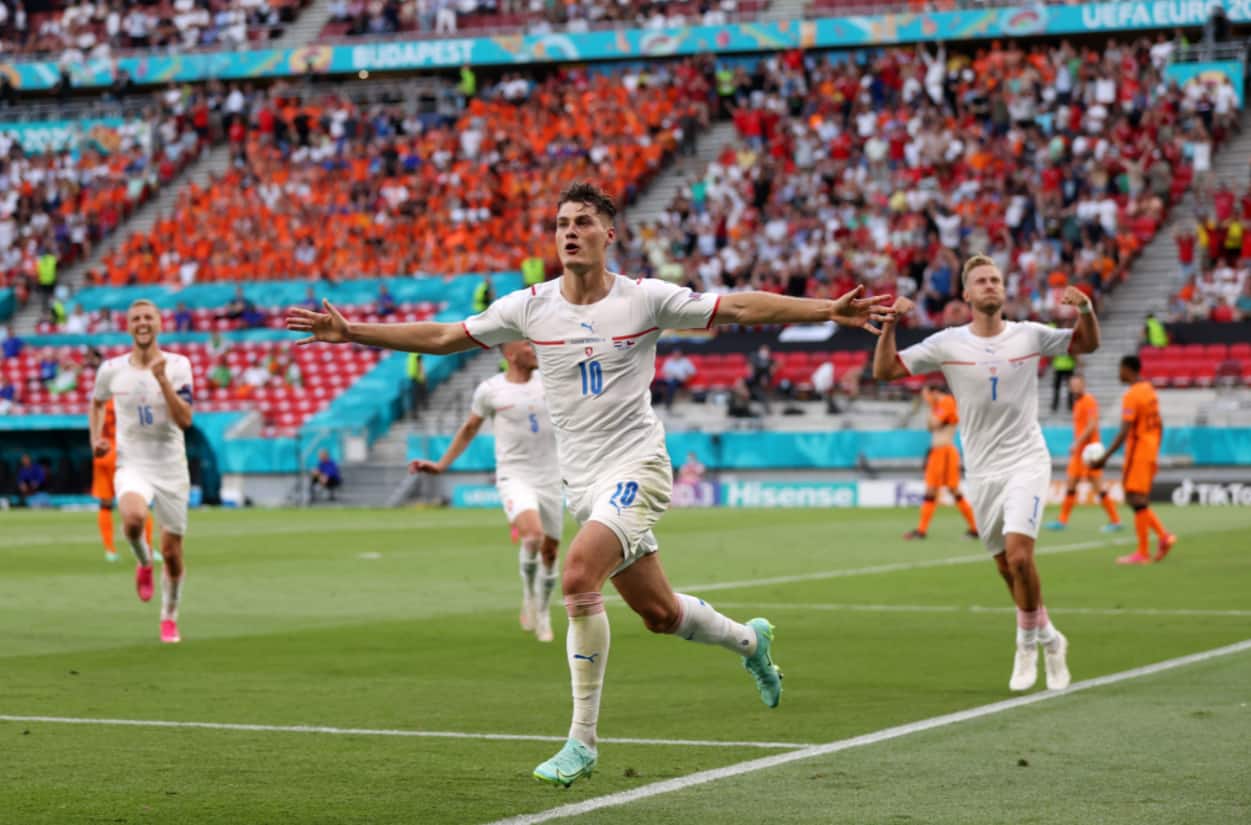 Netherlands were shown the door in the ongoing Euro 2020 in the last-16 stage after their 2-0 loss against Czech Republic in Budapest on Sunday.

Tomas Holes scored one and assisted one to Patrik Schick as the Czech steamrolled Frank de Boer’s team in the second half. Netherlands defender Matthijs de Ligt was sent-off in the 55th minute for a last-man tackle on opposition striker Schick.

The Georginio Wijnaldum-led side started the competition with a 100% start, scoring eight goals in the first three matches.

Netherlands fell short of their finishing in the first-half and reached a new low after failing to register a single shot — six shots in all tonight — on target for the first time in the combined history of the UEFA European Championship and the FIFA World Cup. In all, they have played in 89 matches.

With that defeat, Netherlands are now winless against tonight’s opposition in the last four consecutive matches.

The red card to the Juventus defender also extended their tournament record to four, with two coming against Czechoslovakia (both in 1976) and two against Czech Republic (2004, 2020).

Czech Republic will face Denmark in Baku at the quarter-final stage of the tournament, and if they win, they will next face either of England or Germany.