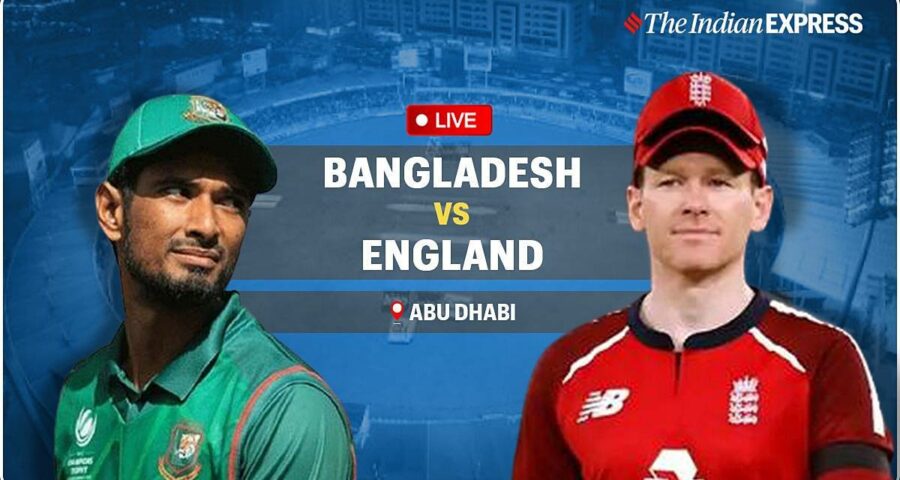 England vs Bangladesh ( ENG vs BAN ) Live Score and Updates: England will take on Bangladesh in the first match of today's doubleheader. 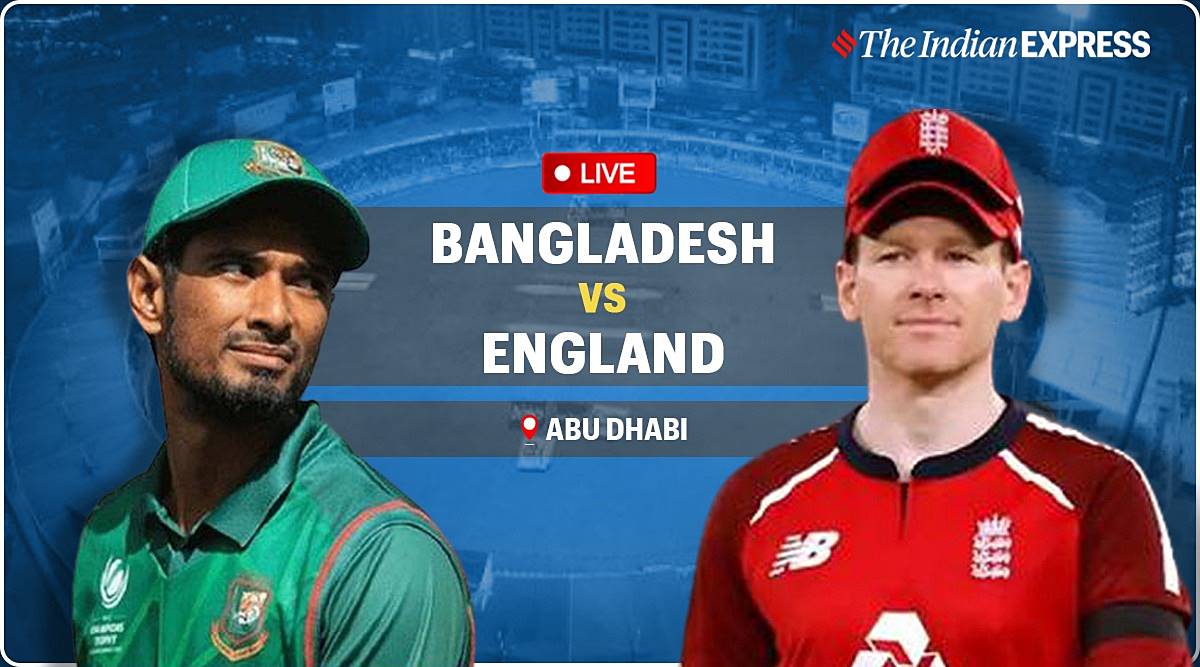 England vs Bangladesh Live Score and Updates: Buoyed by the emphatic win-over defending champions West Indies, England would look to continue their winning momentum when they face Bangladesh in a tricky Super 12 clash of the T20 World Cup here on Wednesday. Their bowling unit was right on the job as the Eoin Morgan-led England bundled out an otherwise lacklustre West Indies for a paltry 55 in 14.2 overs before cantering home in 8.2 overs.

Against an opposition who are familiar with the sluggish sub-continent conditions and capable of producing upsets, Morgan will ill-afford to rest on the laurels. With the match starting in the afternoon, the reigning ODI world champions will be tested in the oppressive heat of Abu Dhabi where temperature soars above 32C.

To their advantage, the Abu Dhabi strip is known to be aiding the pacers and Morgan may think of bringing in Mark Wood into the mix at the expense of a batter. Teams have been successful in chasing so far in the World Cup at this venue, with three out of four games being won by the team batting second.

England vs Bangladesh Live Score & Updates: Both would look to continue their winning momentum.

We have been good at chasing, the wicket looks good, played here during the IPL. We need to adapt, no team changes for us. The scars of past motivate you for the future. The focus today is on what we can do.

Mahmudullah has won the toss and has opted to bat first. “We are going to bat first. The wicket looks good, so we want to put a good total. We have one change. Shoriful comes in. We got three spinners playing, so we need to restrict them. This is a new game, so we need to play well.”

Doesn’t have much grass on it, looks a bit dry, so should be a good contest between the bat and ball, reckons Dale Steyn. Spinners might get some help as it’s a pretty dry surface.

England and Bangladesh are playing each other for the first time in T20Is. Bangladesh will be without Mohammad Saifuddin, who was ruled out of the World Cup due to back pain earlier this week. Saifuddin was among the wickets in every game in this edition.