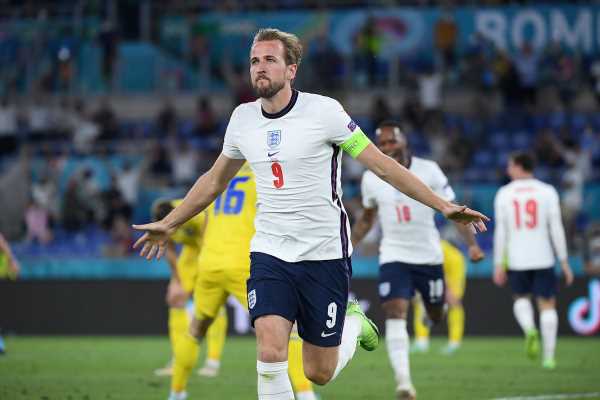 England stormed into the European Championship semi-finals for the first time in 25 years after two goals from Harry Kane helped Gareth Southgate’s side thrash Ukraine 4-0 on Saturday to book a clash with Denmark.

Kane got his side up and running in their quarter-final tie with a fine finish inside four minutes at the Stadio Olimpico, England’s earliest goal in a Euros match since 2004.

Harry Maguire’s bullet header less than a minute into the second half made it two, before captain Kane nodded home his second of the game and third of the tournament four minutes later.

Substitute Jordan Henderson completed the rout with his first international goal to ensure England’s comfortable passage into the last four, where they face the Danes at Wembley on Wednesday for a place in the final at the same stadium.

The Dame beat the Czech Republic 2-1 in the earlier match in Baku on Saturday.