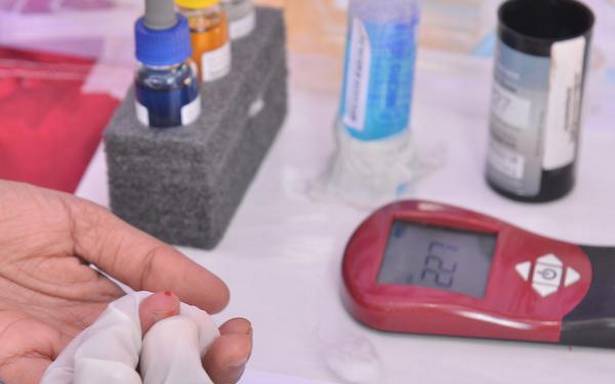 Karnataka is likely to soon start a seroprevalence survey among children below the age of 18 to assess their exposure to COVID-19. This follows a recommendation by the State’s COVID-19 Technical Advisory Committee (TAC) and the third wave expert committee that is headed by cardiologist Devi Prasad Shetty.

Jawaid Akhtar, Additional Chief Secretary (Health and Family Welfare), said protocols for the third sero survey were being worked out. “The focus will be on children in this round. We are planning to start this survey in a fortnight,” he said.

Raising concerns that children were likely to be predominantly affected during the third wave of COVID-19, the 13-member expert committee has recommended that a seroprevalence survey in the 0-18 years age group will function as an early warning and help in planning public health response in an effective manner. “The TAC has also made a similar recommendation to the government,” confirmed M.K. Sudharshan, TAC chairman.

Shivananda, former director of the State-run Indira Gandhi Institute of Child Health, who is part of the State’s Paediatric Technical Committee for preparedness for the third wave of COVID-19, said the sero survey should include active infection surveillance from a subset of laboratories, disease surveillance from a subset of hospitals on Emergency Room (ER) visits for any other infections, and syndromic surveillance for ILI/SARI/pneumonia from select fever clinics, schools and communities.

“Hospitals (public and private), schools (government and private), and communities in all district headquarters (and preferably taluks) can be considered as sentinel sites for sample collection. Between 500 and 1,000 children should be studied in every district either through a community-based cross-sectional survey or a hospital-based surveillance,” he said.

C.N. Manjunath, nodal officer for labs and testing in the State’s COVID-19 task force, said children, even if they are infected, are mostly asymptomatic. “Only a seroprevalence study can show the extent of exposure in children. A sero survey of 2,000 children in Mumbai showed a 51% exposure,” he said.

TAC member V. Ravi, who also heads the State’s Genomic Surveillance Committee, said as children have been a protected population during this pandemic, it is advisable that every State look at the seropositivity in them.

Results yet to be released

The State government is yet to release the findings of the second sero survey that was conducted in January. Although the findings were analysed in February and soon after submitted to the Health and Medical Education Minister K. Sudhakar, the report is yet to be made public.

The second sero survey was done across 30 districts with a sample size of nearly 35,000 people, as against the first sero survey wherein 16,565 were surveyed. Official sources said the second survey found that 17% had developed antibodies and 12% had an active infection. Seropositivity was found to be higher in urban areas when the survey was done.

Sources pointed out that the health department is yet to pay incentives to the personnel including technicians, microbiologists and data entry operators involved in the second sero survey. “Hundreds of personnel were roped in to conduct the survey, which is an elaborate and tedious exercise,” a source said.