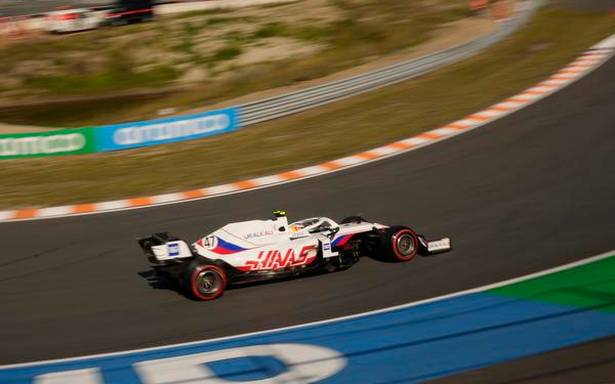 Both drivers were summoned to stewards after qualifying for blocking Aston Martin’s Sebastian Vettel in the first phase, and were eventually cleared of wrongdoing

Russian rookie Nikita Mazepin accused Haas teammate Mick Schumacher of "cheeky" behaviour at the Dutch Grand Prix on September 4 and said the German had shown his true nature by breaking an agreement.

Mick Schumacher, son of Ferrari great and seven-time world champion Michael Schumacher, suggested that the Russian was making a drama out of nothing and that he had been cleared to pass Mazepin before his final run.

The spat was another headache for team boss Guenther Steiner, with Haas yet to score a point this season.

Mick Schumacher is a protege of engine partner Ferrari while Mazepin’s billionaire businessman father is the team’s title sponsor.

Both drivers were summoned to stewards after qualifying for blocking Aston Martin’s Sebastian Vettel in the first phase, and were eventually cleared of wrongdoing.

Mazepin had already publicly blamed his team mate by then, however. "He overtook, backed me up, and put me into Seb. I’ll have a word with the team to see why that happened," he told Sky Sports television. Speaking to reporters later, the Russian felt Mick Schumacher had overturned a team agreement and wrecked his qualifying lap "on purpose".

Mick Schumacher, speaking separately to reporters, recognised Mazepin was "quite vocal about things in the press." Guenther Steiner said it would not be the last time the drivers disagreed. "It’s difficult, especially this year with fighting at the back. Your only fight is with your team mate, in our case at the moment. So obviously it is a little bit more heated, because the only thing you can win is the team mates’ battle."