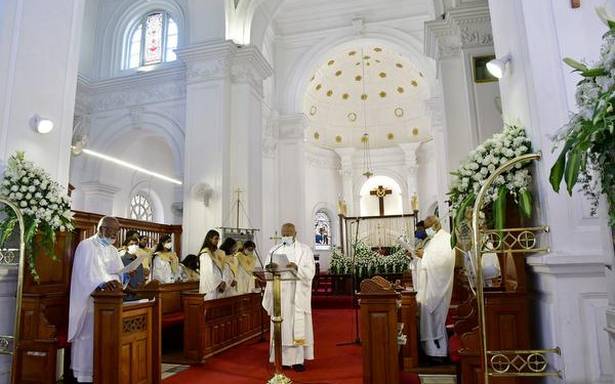 The controversy over the way the Mass is celebrated in the Catholic Syrian Church has taken a new turn on Sunday with a group of parishioners at the Holy Family parish church at Prasannapuram, near Aluva, in Ernakulam district, preventing the reading of a pastoral letter from Cardinal George Alencherry, Major Archbishop of the Ernakulam-Angamaly archdiocese and head of the Syro-Malabar Church.

The pastoral letter contained a directive from the synod of bishops of the Syro-Malabar church advising the priests and parishioners on celebrating the Mass in a uniform way. The uniform way involves celebrating the Mass with the celebrant (priest) facing the congregation during one half and facing the tabernacle (holy of holies and away from the congregation) during the other half. Priests and parishioners from Ernakulam-Angamaly, Irinjalakuda and Thrissur dioceses are among those who have opposed this instruction stridently.

These dioceses are among the ones that have been following a system of celebrating the Mass in which the priest faces the people for the entire duration of rituals. A delegation of more than 500 priests from the three dioceses had submitted a petition to the Syrian Church authorities not to impose the system of celebrating the Mass with the celebrant facing away from the people.

Though there was a rumour that some of the parishioners tried to burn the pastoral letter, the incident could not be confirmed from members of the parish in Prasannapuram.

"We have been celebrating the Mass for more than half-a-century facing the people and it will be against the will of the parishioners to impose another system", said a senior priest of the Syro-Malabar Archdiocese of Ernakulam-Angamaly. He said those who opposed the new directive from the synod of bishops had gone in appeal before Pope Francis. Until a decision is taken by Rome, the system will remain suspended and Mass celebration will continue as earlier, he added.

A priests’ delegation from Ernakulam-Angamaly and Thrissur archdioceses and Irijalakkuda diocese has also appealed to maintain the status quo with regard to the celebration of the Mass. The group also claimed that archdiocesan administrator Archbishop Antony Kariyil assured them that in consultation with the bishops, the decision to implement a uniform code for the Mass would be re-examined.