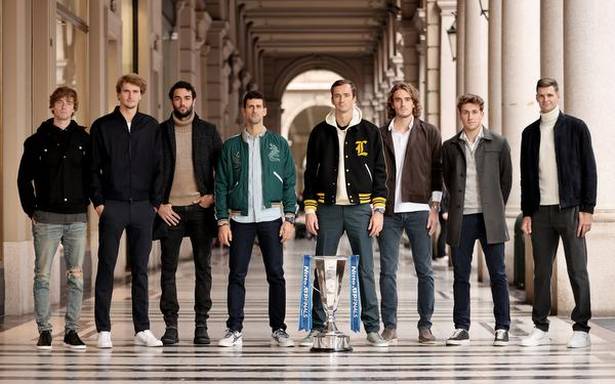 The World No. 1 rallied to beat the Greek at Roland Garros

Novak Djokovic will face Stefanos Tsitsipas for the first time since their epic French Open title duel in June at the ATP Finals which start on Sunday.

World No. 1 Djokovic, who is looking to equal Roger Federer’s record of six end-of-season titles, was drawn with Tsitsipas, Andrey Rublev and Casper Ruud in his group at the November 14-21 tournament in Turin.

Daniil Medvedev, the World No. 2 and defending champion, is in the other pool alongside Alexander Zverev, Matteo Berrettini and Hubert Hurkacz.

Djokovic famously came back from two sets to love down to beat Greece’s Tsitsipas at the French Open final to win his second Roland Garros.

He also become the first man in the Open era to claim all four Grand Slam tournaments twice.