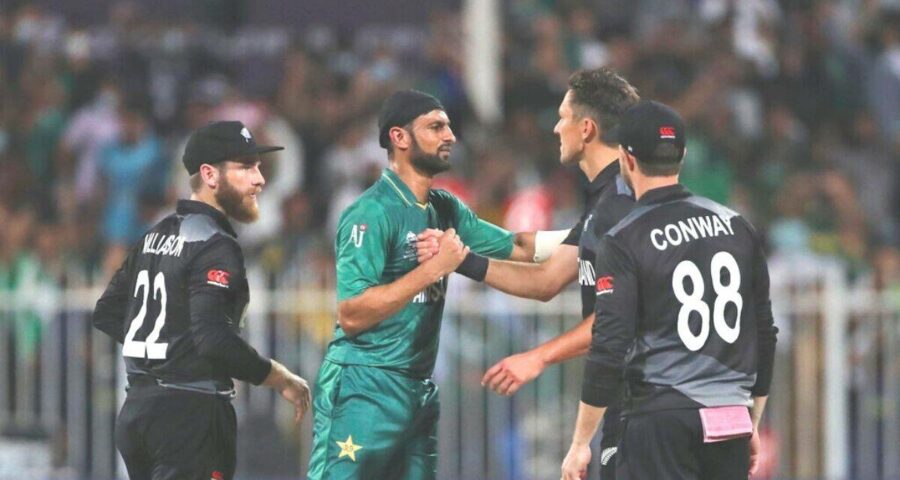 New Zealand had cancelled their tour and left Pakistan just hours before the first ODI at Rawalpindi, acting on a security alert. New Zealand captain Kane Williamson called his country’s pull-out of the Pakistan tour last month “unfortunate”, confirming that it was beyond the players’ control.

After the T20 World Cup fixture between New Zealand and Pakistan in Sharjah on Tuesday, the tour withdrawal questions came to Williamson thick and fast at the post-match press conference. The Kiwis skipper was dignity personified.

“That was obviously a very unfortunate, disappointing situation for Pakistani cricket fans and the cricketers, a decision that was outside of the players’ control. But all the guys were there looking forward to that series to start, and unfortunately it didn’t happen. So it was very disappointing for all involved,” the Blackcaps skipper said.

New Zealand had cancelled their tour and left Pakistan just hours before the first ODI at Rawalpindi, acting on a security alert.

Williamson was asked about if the Pakistan team and their fans were aggressive towards New Zealand. The skipper hailed their their opponents for showing the right spirit.

“No, they played in the right spirit, I believe, and a great spirit. They’re a very competitive, proud cricketing nation, and they showed that tonight. They’ve been outstanding in the first couple of games of this tournament. I’m sure they’ll be very, very competitive throughout the back end as well. Their hopes are high, no doubt.” The next question was about whether Williamson would like to play in the Pakistan Super League and his message to Pakistani people.

“The Pakistan league is a brilliant league. Sometimes that clashes, I think, with some of our cricket back home. So that’s always a tough one, but as an international player, often you do look at these other opportunities when the timing is right, and they’re always fantastic experiences,” he said, adding: “I’ve heard a lot of really good things from other players that have played over there as well. Yeah, it’s, I suppose, something to consider in the future.”

About the disappointment faced by the Pakistani cricketer fans, he said: “… it was very, very disappointing for not only Pakistan players and fans, but also the players that were there that were very enthusiastic about playing in the series. It was a real shame to not have that series go ahead and be played in front of what are some of the most passionate cricket supporters in the world and a very proud cricketing nation. So that was a real shame.”

Following the tour cancellation, Pakistan Cricket Board chairman Ramiz Raja had hit out at New Zealand Cricket, threatening to take the matter before the ICC and urging his players to play their T20 World Cup game against the Kiwis with added intensity. On the field, however, there wasn’t any carry-over of the board-level acrimony.