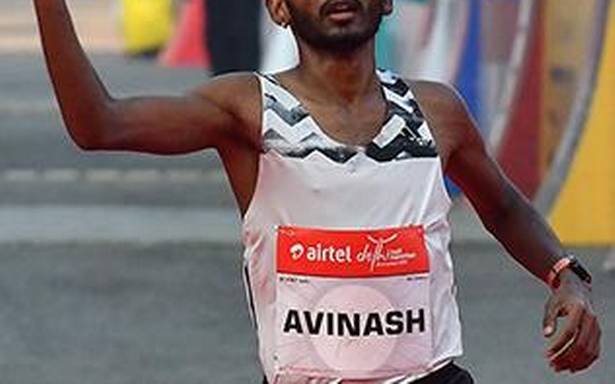 Avinash Sable’s preparations for the Tokyo Olympics suffered a setback with the steeplechaser testing positive for COVID-19 at the national camp in Bengaluru.

“He tested positive four days ago, but he has no symptoms. He is under quarantine,” said a fellow-national camper.

Sable, who has already qualified for the Olympics, had a record-breaking year in 2019 when he entered the final of the Doha World Championships — that also brought him Sportstar‘s Athlete of the Year award that year.

But the 14-day quarantine, with less than three months to go for the Olympics, could hurt his preparations for Tokyo.

Asian Games 1500m champion Jinson Johnson and Olympic-bound race walker Priyanka Goswami along with three other athletes and race walking coach Alexander Artsybashev tested positive for the virus at the Bengaluru national camp a couple of weeks ago.

And that brings one to the big question: Are our national camps safe for athletes?

“The national camps are absolutely the safest place, the athletes are in the green zone, these guys may have tried something, may have gone out, or jumped over the wall like some of them had done earlier, otherwise they would not have got it,” Adille Sumariwalla, the president of the Athletics Federation of India, told The Hindu on Thursday evening.

“The bubble is so strict, even within the camp there is a green zone and a red zone.

“In fact, the national camps are much safer than staying at home.”

He explained that the COVID scene in athletics was a lot better than in other sports.

“There are not many cases in athletics. May be in boxing or something, not in athletics. In athletics, there are two — Priyanka and Avinash Sable — who are positive in the Bengaluru national camp as far as the Olympic team goes.

“That is from among 17 people who have qualified (for Tokyo). We had managed to do everything possible, we have tried very hard, followed all the protocol, we don’t know how it happened.

Every single federation has been completely overtaken by COVID, we have not.”