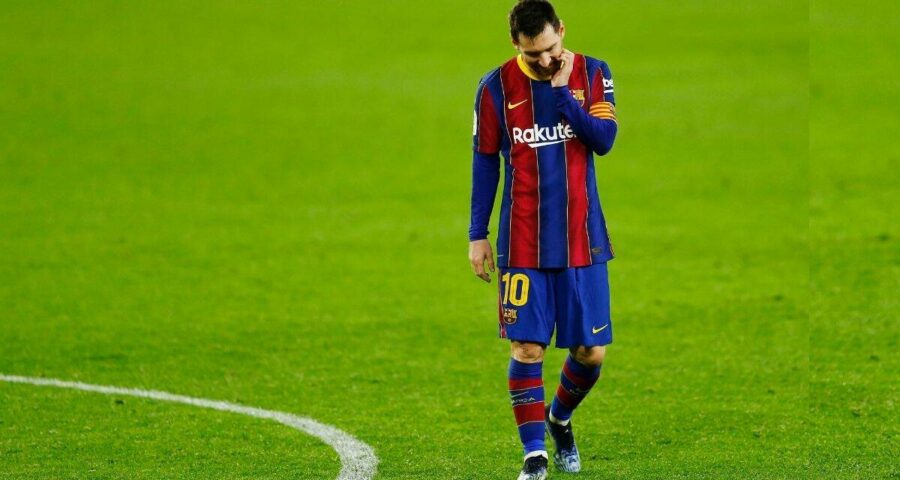 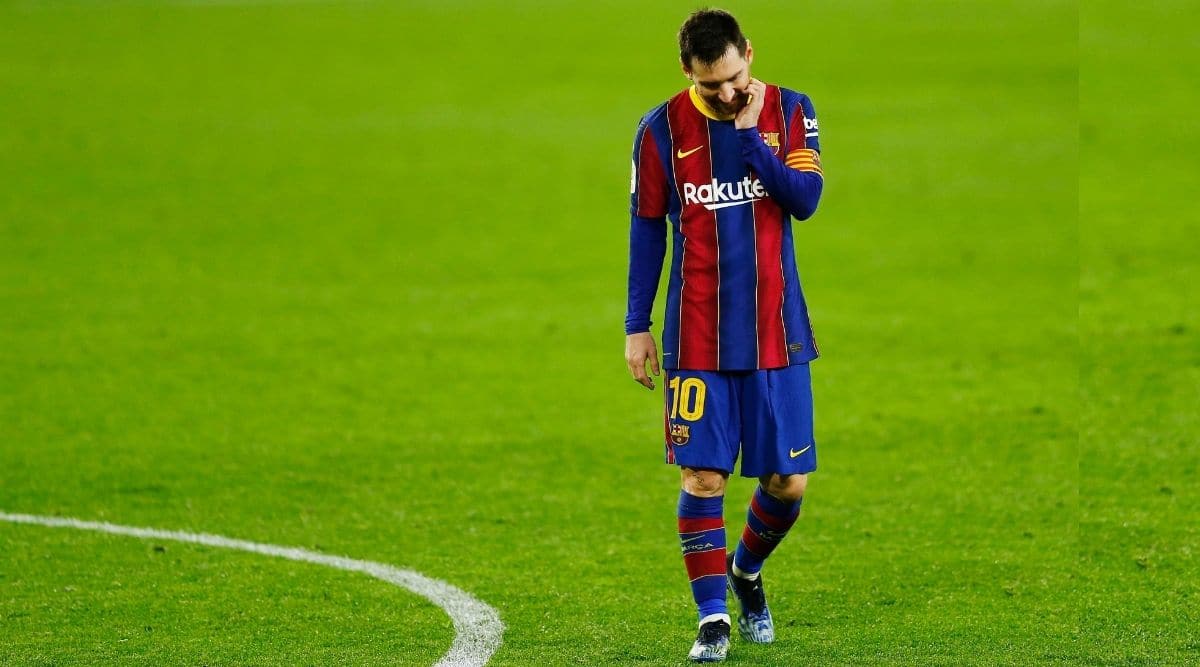 This time, in his 900th match, Lionel Messi didn’t have an answer for Sevilla.

Messi has scored more goals against Sevilla than against any other team — 37 in 41 games — but the Argentine great squandered a couple of chances as Sevilla won its eighth consecutive match in all competitions. Jules Koundé scored in the first half and former Barcelona midfielder Ivan Rakitic added the second near the end.

The second leg will be on Feb. 27 at the Camp Nou Stadium in Barcelona. Athletic Bilbao hosts Levante on Thursday in the first leg of the other semifinal.

“There is still hope,” Barcelona coach Ronald Koeman said. “It will be complicated, but this team is capable of anything.”

Sevilla and Barcelona entered the semis as the hottest teams in Spain. The Catalan club was coming off six straight wins in all competitions.


“We are at halftime of a match of 180 minutes,” Sevilla coach Julen Lopetegui said. “There will be a lot happening before we go to Barcelona, but we know how difficult it will be for us. The hardest part is still to come.”

The teams played in the Copa final in 2016 and 2018, with Barcelona coming out on top both times. The Catalan club is trying to make it to its ninth final in 11 years. It made it to the last four nine straight times before being eliminated by Athletic in the quarterfinals last season.

Barcelona controlled possession but it struggled to create many significant chances at the Ramón Sánchez-Pizjuán Stadium, with Sevilla goalkeeper Bono stopping the few efforts he faced. Sevilla constantly threatened on counterattacks, especially after opening the scoring in the first half.

Messi, making his 758th appearance with Barcelona to add to his 142 with Argentina, commanded the attack but failed to capitalize on his chances, including one with only Bono to beat in the 11th minute. He nearly scored with a stoppage-time free kick that again was stopped by Bono.

Messi had been rested in the Spanish league game against Real Betis on Sunday, when he came off the bench in the second half to lead the team to a come-from-behind victory. 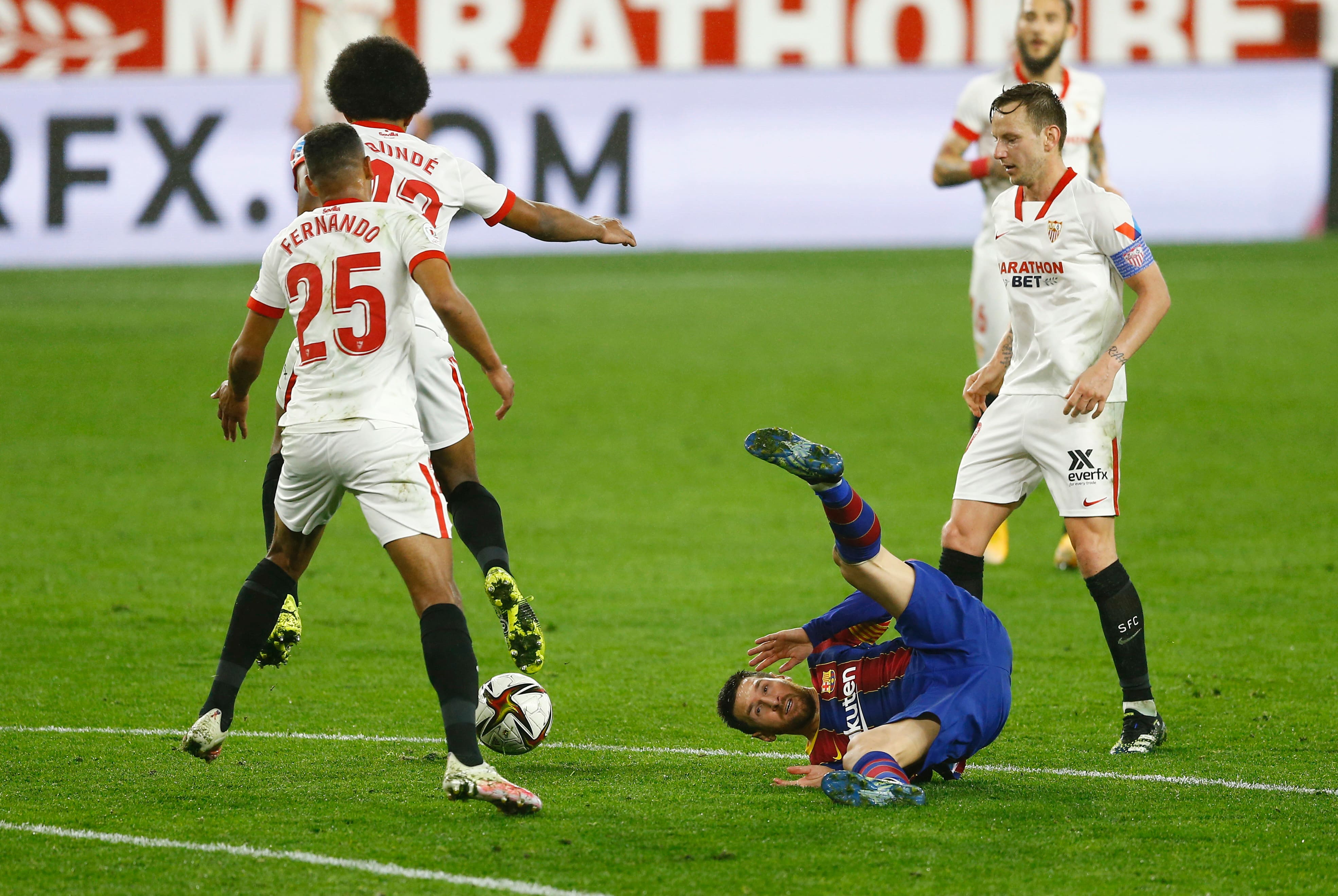 Koundé put Sevilla ahead in the 25th with a nice run that culminated with him slipping the ball in between the legs of Barcelona defender Samuel Umtiti before shooting into the net from inside the area.

Rakitic sealed the victory in an 85th-minute breakaway, beating goalkeeper Marc-André ter Stegen with a shot into the top of the net. The midfielder didn’t celebrate the goal against his former club.

Koeman was without three players because of injuries — Martin Braithwaite, Sergiño Dest and Miralem Pjanic. Lopetegui was without injured players Lucas Ocampos and Jesús Navas.