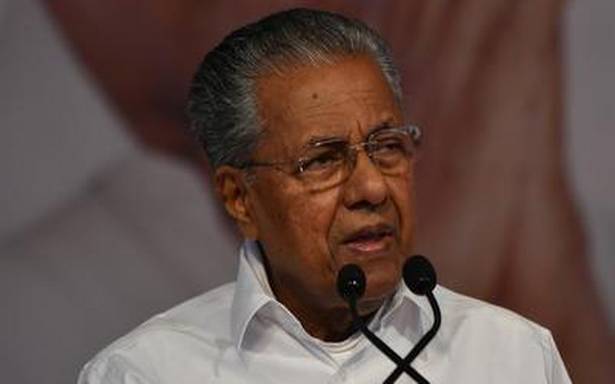 Chief Minister Pinarayi Vijayan on Monday sought to frustrate the efforts of the Congress and Bharatiya Janata Party (BJP) to put the government in the dock by ‘fanning’ youth anger at back-door appointments, non-reporting of vacancies to the PSC and off-hand regularisation of temporary employees.

Mr. Vijayan said regularisation of contract employees with more than 10 years of service would not whittle down PSC rankers’ employment possibilities as made out by the Opposition.

The government had regularised provisional workers on compassionate grounds. It did not appoint a single one of the beneficiaries. There was no political consideration in play. The regularisation had occurred in institutions whose postings were outside the PSC’s purview.

Some forces had used disinformation to incite PSC rankers to violence. Not every person on the PSC rank list would land a job.

“If there are 20 openings, the PSC will publish a ranklist of 100 persons. It does not entail that all will land a job,” he said. The Left Democratic Front government had appointed 1,57,911 persons via the PSC. It has extended the date of expiry of PSC rank lists by six months.

Mr. Vijayan warned youth against falling prey to machinations of those looking to wring political dividends out of their grievances.

“You are the government’s highest priority,” he said.

The controversy continued to dog the government for the third consecutive day on Wednesday. The State witnessed a slew of violent street protests. BJP and Youth Congress workers attempted to breach the Secretariat. PSC rankers blockade M.G. Road and scuffled with police officers. Opposition leaders assailed the government for ‘outsourcing appointments to CPI(M) agents and apportioning jobs to party leaders’ relatives.’