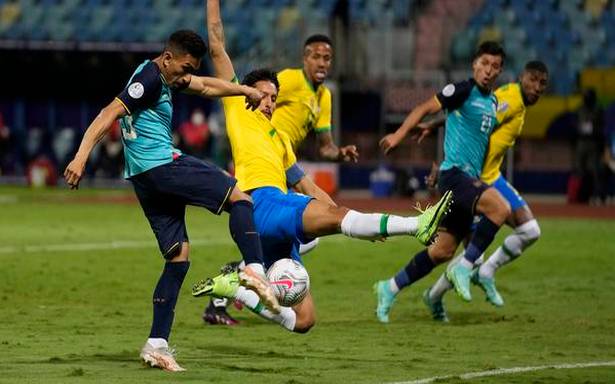 Brazil failed to win for the first time in 11 games but still qualified top in Group B for the Copa America quarterfinals with a 1-1 draw against Ecuador on Sunday.

The draw marked the first time that Brazil has not won since the 1-0 loss to Argentina in a friendly in November, 2019.

Brazil rested a number of regulars, with Lucas Paqueta a bright presence but most of the replacements failed to impress. The hosts went in 1-0 up at half time thanks to an accomplished header from defender Eder Militao.

Brazil was surprisingly pegged back for the first 15 minutes of the second period and substitute Angel Mena equalised for Ecuador with a thumping drive after 53 minutes.

It was not until Casemiro replaced Douglas Luiz after just an hour that Brazil regained its poise.

Nevertheless, neither side made many clear-cut chances and as a draw suited both teams the game petered out slightly.

With Peru defeating Venezuela 1-0 in the other Group B game, Peru joined Brazil, Colombia and Ecuador in the quarterfinals as Venezuela exited.

Peru’s Andre Carrillo gave his team the lead after 48 minutes, firing high into the net from close range after a corner led to a goalmouth scramble at the empty Mane Garrincha stadium in Brasilia.