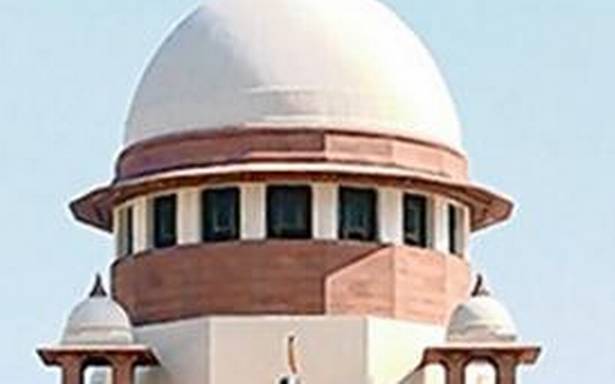 Employee eligible for disability quota at the time of elevation, clarifies bench

A disabled person can avail the benefit of reservation for promotion even if he or she was recruited in the regular category or developed the disability after gaining employment, the Supreme Court said on Monday.

The important thing is the employee should be a ‘person with disability’ (PwD) at the time of the promotion to avail of the disabled quota.

“Source of recruitment ought not to make any difference but what is material is that the employee is a PwD at the time for consideration for promotion,” a Bench of Justices S.K. Kaul and R. Subhash Reddy held in a judgment.

The verdict was based on an appeal filed by the Kerala government against a State High Court decision that Leesamma Joseph was eligible for reservation in promotion under the PwD quota. Ms. Joseph, whose permanent disability was assessed at 55%, was employed in the Police department on compassionate grounds after her brother’s death in harness.

The court said the responsibility to provide equal opportunities to disabled persons does not end with giving them reservation at the time of recruitment.

“Thus, it would be negation of the legislative mandate if promotion is denied to PwD and such reservation is confined to the initial stage of induction in service. This would in fact result in stagnation of the disabled in a consequential frustration,” Justice Kaul noted.

The court gave Kerala three months to identify posts in which reservation could be given for PwD in promotion.