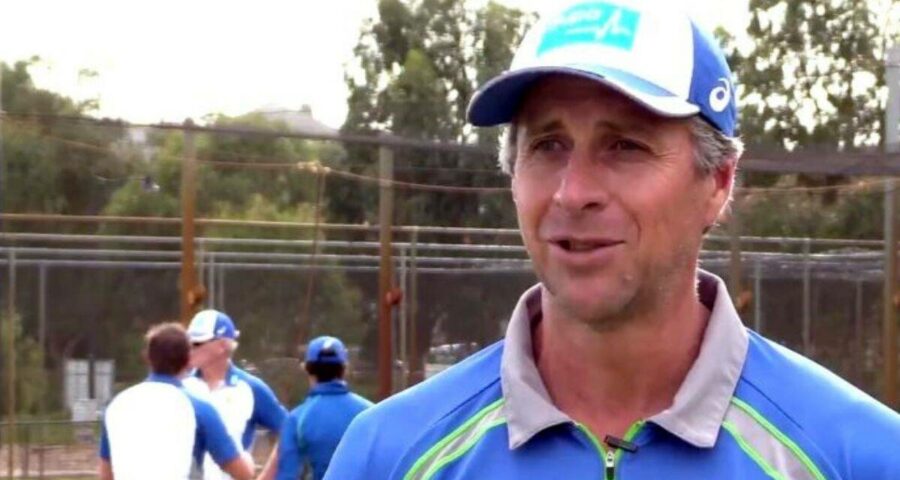 Cooley was England bowling coach when they won back the Ashes after a long gap in a memorable 2-1 series win in 2005. The Board of Control for Cricket in India (BCCI) has appointed former England bowling coach Troy Cooley as fast bowling coach at the National Cricket Academy in Bengaluru.

The former Tasmania pacer was convinced by the Indian board to come on board as they were looking for a new set of coaches in Bengaluru. Cooley is expected to join the NCA by December and his contract is for three years.

Cooley was England bowling coach when they won back the Ashes after a long gap in a memorable 2-1 series win in 2005. Later, he was roped in by Cricket Australia for its senior team, and worked at Brisbane’s Centre of Excellence.

Cooley’s first big task is to groom the next generation of pacers. The BCCI was looking for someone who had worked with an international team and brought a lot of experience of coaching.

The Indian board hasn’t made any announcement about the coaches at NCA but it is learnt that the appointment of India A coaches Sitanshu Kotak, leg-spinner Sairaj Bahutule, Subhadeep Ghosh, T Dilip and Munish Bali has been finalised. Paras Mhambrey and Vikram Rathour will be the Indian team’s support staff.

The Indian Express understands that the outgoing Head of Cricket Rahul Dravid, who is now coach of the Indian team, has given a proposal to the Indian board on finding the next generation of pacers and give them a direct entry into the NCA.

The new team at the NCA, which will be headed by former- India batsman VVS Laxman, will be given the task of ensuring bench strength for the senior team and train them at the NCA.

“There will be no monetary contract but instead the bowlers will get free entry in NCA whenever they want. For instance, if any state player has to come to the NCA and use the facilities, they had to get permission from their state association and the state used to take care of their remuneration. Now, the NCA will take care of their progress. They will monitor their growth and will bear all expenses of them,” a source in the Indian board informed.

As per Dravid’s proposal, it will provide the Indian team bench strength, especially when most of the fast bowlers in the senior side have played a lot of international games.

Those fast bowlers will also train with the Indian team and, as per the proposal, can be used as net bowlers in the future.