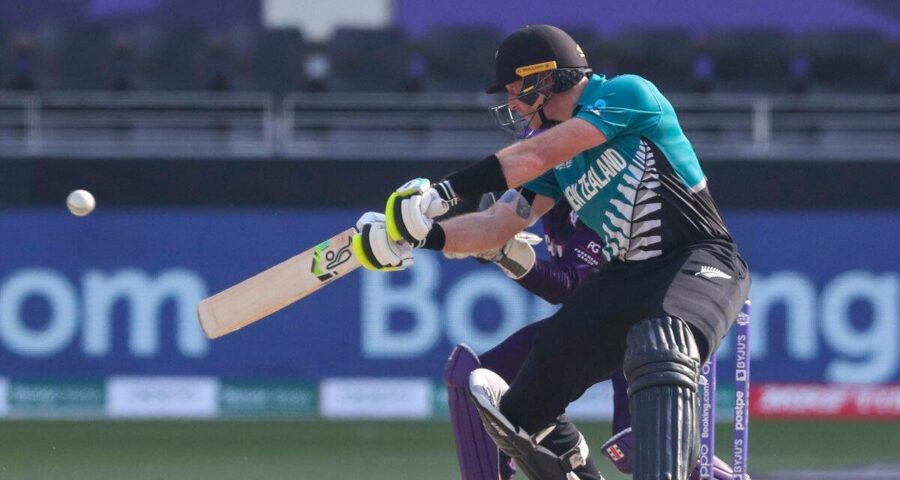 In the T20 World Cup match between New Zealand and Scotland in Dubai on Wednesday, a funny chatter transpired when Scotland keeper encouraged his side’s bowler by saying that the ‘whole of India is behind you.’

After India lost their first two Super 12 matches against Pakistan and New Zealand, their hopes of qualifying for the semifinals seem bleak and dependent on how other teams perform. In order for India to qualify, they need to win their remaining matches by huge margin and hope New Zealand lose at least two remaining games. New Zealand’s loss to Scotland increases India’s chances of being in the run in the ongoing T20 World Cup.

Scotland won the toss and opted to bowl first. Martin Guptill and Daryl Mitchell started the innings for Blackcaps. While Michell was dismissed by Safyaan Sharif early in the innings, Guptill continued to smash Scotland fielders all around the park. Sharif got another biggie in the form of skipper Kane Williamson’s wicket who was sent to the pavilion for a duck.

In the 8th over, Glenn Phillips was facing Chris Greaves and that is when Scotland keeper Mathew Cross commented to Greaves, “Come on Greavo, whole of India behind you Greavo”.

India will be facing Afghanistan in a crucial encounter on Wednesday in Abu Dhabi and they have to crush Afghanistan with a huge margin to be in the race of the T20 World Cup.