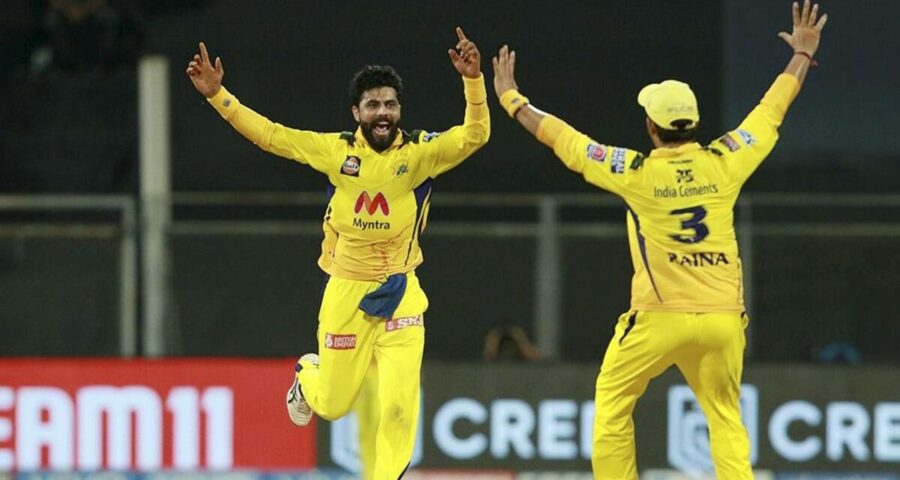 Everything went to plan for Chennai Super Kings. On a pitch that played very well to start with but slowed down and assisted turn as the match progressed, they posted 188/9. Then, as Rajasthan Royals were mounting a fight through Jos Buttler, MS Dhoni employed his spin-choke, with Ravindra Jadeja and Moeen Ali at its forefront.

Manan Vohra started well for Royals, but was done in by an excellent piece of captaincy. After a six over deep mid-wicket off Sam Curran, a fielder was posted there. Curran bowled another short ball and the batsman fell into the trap. Sanju Samson let himself down with poor shot selection, but Buttler was carrying his team. From 87/2 at one stage, however, Royals capitulated to 143/9 and lost by 45 runs.

“Sukha ball hai, ghumega (it’s a dry ball, will turn),” the stump mic picked Dhoni’s instruction to Jadeja, as the left-arm spinner was bowling to Buttler. The Rajasthan Royals opener had reverse-swept Jadeja for back-to-back boundaries and hit a six off a no-ball in his previous overs. After the six, the ball was changed and the dew-soaked ball was replaced with a dry one.

So when Jadeja bowled the first ball of his third over, he pushed it through. The ball pitched on middle-and-leg, gripped, turned past the bat and hit middle-and-off. Buttler was gone for a 35-ball 49. In the same over, Jadeja bowled another quicker delivery to Shivam Dube. Once again, it ripped back and went past the bat to trap the left-hander leg-before. The game changed. After 15 overs, Royals were tottering at 97/7.

In his first two overs, Jadeja had conceded 22 runs without a wicket. He finished with 2/28 from four. Four catches embellished his contribution.

Moeen was introduced in the 13th over and immediately accounted for David Miller. In his next over, he had two more scalps. The dismissals of Riyan Parag and Chris Morris were identical – slog-sweeps and skiers to Jadeja at deep mid-wicket. After two overs, Moeen’s figures read: 2-0-3-3.

Super Kings’ batting had suffered from uncertainty last season. Bereft of Suresh Raina and devoid of quality middle-order contributions, their approach was iffy. Back to full-strength this term and with the inclusion of Moeen, they are looking settled and assured.

Moeen is proving to be a super signing for the franchise. Batting at No. 3, he has provided the early impetus and contributed decently every game. On Monday, he scored a 20-ball 26 on top of his three wickets.