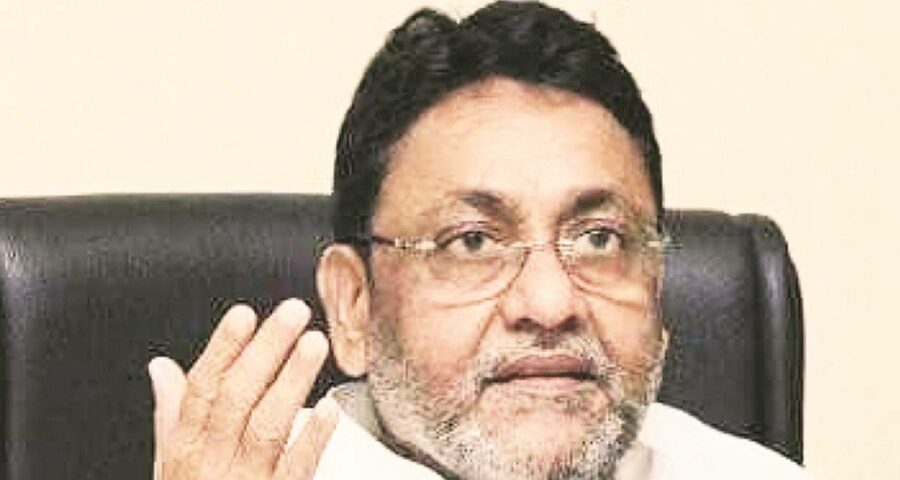 Malik had last Saturday blamed the Union government over the delay in Remdesivir supply to Maharashtra. Alleging that NCP leader Nawab Malik was running a malicious campaign against the Centre, state BJP president Chandrakant Patil on Monday wrote to Governor Bhagat Singh Koshyari seeking that he be sacked as a minister.

He also sought that a criminal offense be filed against Malik for allegedly spreading wrong information about the Centre in regard to the pandemic.

Malik had last Saturday blamed the Union government over the delay in Remdesivir supply to Maharashtra. He had alleged that the 16 export companies of Remdesivir, which are prohibited from exporting the drug or its active pharmaceutical ingredients, are not being allowed to sell the anti-viral to Maharashtra but have been allowed to sell to Gujarat.

In his letter, Patil wrote, “Malik has said Centre has warned companies not to supply Remdesivir to Maharashtra. But he has not provided any documentary proof to substantiate these serious charges.”

“However, these rumours have led to panic and unrest. It is a serious matter, as a senior Cabinet minister in the MVA government was making in false charges against the Modi government. Therefore, as the constitutional head of state, the Governor should intervene and sack Malik immediately. He should be booked under criminal offense and punished,” he added.

Meanwhile, the BJP on Monday defended former chief minister Devendra Fadnavis’ apparent involvement in procuring 50,000 Remdesivir vials, worth Rs 4.75 crore, through a pharma company based in Daman, and his intervention to prevent the Mumbai Police from questioning a director of the company.

Party vice-president Prasad Lad told mediapersons, “The MVA government generated the controversy as it did not want BJP to get credit for procuring 50,000 Remdesivir vials for Maharashtra… Chief Minister Uddhav Thackeray should stop this childish politics. Instead of worrying about politics and credit, the government should work towards saving innocent lives being lost due to lack of Remdesivir.”

Refusing to acknowledge of any violation of rules, Lad said: “We had permission from the FDA (to procure the drugs). Bruck Pharma was among the 11 companies shortlisted by the government to supply Remdesivir. If the government says a stock of 60,000 vials had arrived, where is it? The police questioned the Bruck Pharma official to scuttle BJP’s noble initiative to get Remdesivir for the state.”