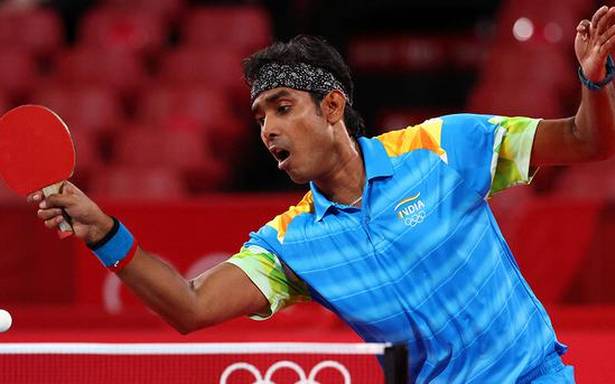 Chinese Table Tennis Association secretary Qin Zhijian told the State-run website China.org.cn: “As the table tennis competition of the National Games will be held between September 17 and 26 and the Asian Championships begin on September 28 (to October 5), there is not enough time between the two tournaments.

“Taking international flights into consideration, it will be quite difficult for the team to arrive in Qatar on schedule to participate.”

Having finished fifth the last time — the 2019 edition in Yogyakarta, Indonesia — Sharath Kamal felt there was a chance of the Indian men’s team ending up with a medal this time.

“Now, with China not competing, we have moved up a position from fifth seed to fourth. We have never played the semifinals before. Also, both the semifinalists get a bronze.

“Moreover, Singapore is not the same strong team it used to be,” Sharath told The Hindu here on Friday.

The 39-year-old nine-time National champion said, he had begun training for the championships. “We are expecting clarity on the National camp for the Asians in a few days’ time,” he said.

Sharath, however, confirmed that he would not be taking part in the WTT Star Contender tournament from September 22-25 in Doha.