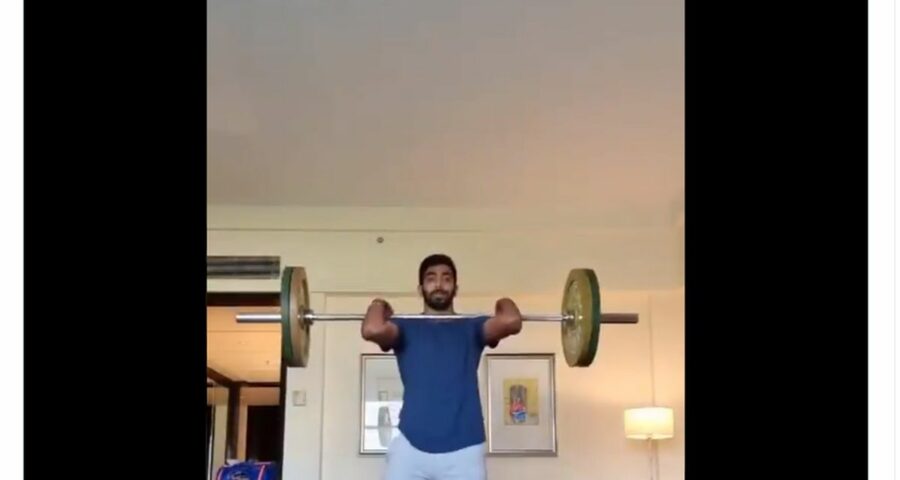 Jasprit Bumrah is back!

Boom Boom, who missed the final Test and the white ball series against England because he was getting married, began his prep for IPL 2021 with some serious workouts while in quarantine.

From using dumbbells to strengthen his biceps, to lifting weights, Boom Boom was back to business while quarantining in his hotel room.

His missus Sanjana Ganesan returned to anchoring duties for the second and third ODIs, and it wasn’t clear if she had joined her husband in the bio bubble.

Boom Boom will return to cricket when he dons the new Mumbai Indians jersey in the champions’ IPL 2021 campaign opener against the Royal Challengers Bangalore at the M A Chidambaram stadium in Chennai on April 9.