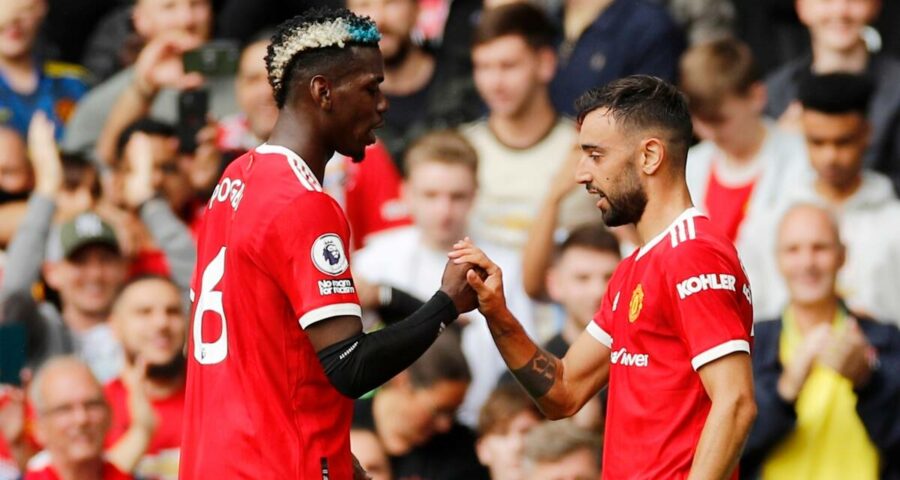 Bruno Fernandes fired in a hat-trick of goals in front of a raucous Old Trafford as Manchester United thrashed Leeds United 5-1 to get their Premier League season off to a flying start on Saturday.

Paul Pogba also starred with four assists — one more than he managed in the whole of last season in the league — to help United run riot in front of their first full crowd in 17 months.

Fernandes got the goalscoring underway on the half-hour mark, before a Luke Ayling thunderbolt out of nowhere levelled things up three minutes into the second half.

It was only a short reprieve for Leeds, however, as Man United livewire Mason Greenwood fired the hosts back in front before Fernandes added a quickfire third to put Ole Gunnar Solskjaer’s side in command.

Fernandes completed his first United treble with another fine finish on the hour mark, before Brazilian midfielder Fred got in on the act to complete the rout and cap a memorable afternoon for the hosts, who laid down an early marker in the Premier League title race.