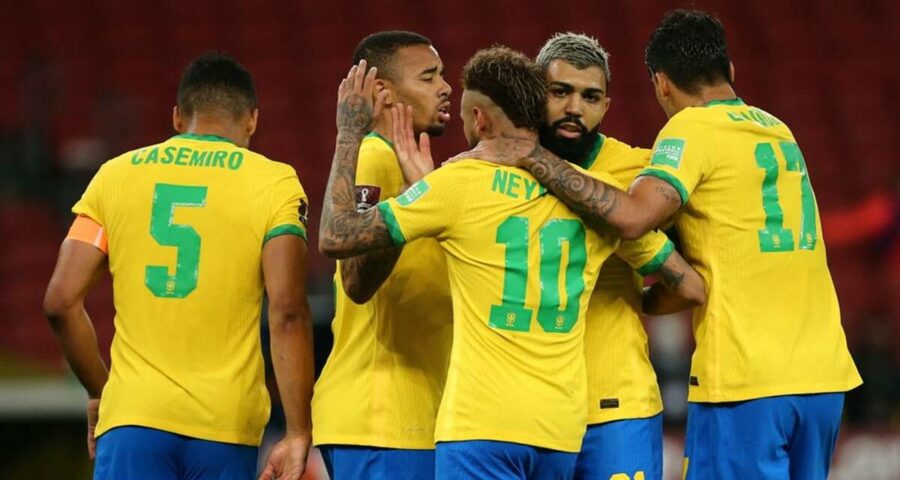 Brazil's run of form is impressive – they are the only team in South America to have won six of their FIFA 2022 World Cup qualifiers – but it comes amid turbulence off the field. A Brazil team playing in the Copa America at home on the back of a seven-game winning streak would normally be hot favourites to triumph but this is no ordinary year and no ordinary Copa.

Brazil’s run of form is impressive – they are the only team in South America to have won six of their 2022 World Cup qualifiers and have done so by keeping clean sheets in five of them – but it comes amid turbulence off the field.

The players took the unusual step of publicly criticising the South American Football Confederation (CONMEBOL) on Wednesday, barely a week after Brazil stepped in to host the tournament in place of Argentina, who pulled out after a surge in COVID-19 cases.

The players said their protest was not political and they pointedly sought to avoid the left-right polarisation that has beset the country in recent years and led to mass street protests.

One of the big questions facing the Brazil team as they go into the Copa, which is due to kick off on Sunday when they face Venezuela in Group B, is whether the current controversy will bring them together or pull them apart.

Brazil are the holders, having won the 2019 tournament when it was also played in front of their own fans.

They were without the injured Neymar but his team mates stepped up – holding their nerve to beat Paraguay on penalties in the quarter-finals, overcoming arch rivals Argentina 2-0 in the semis, and beating Peru 3-1 in the final.

As usual, they have an abundance of talent to choose from, with players such as Manchester City goalkeeper Ederson and striker Gabriel Jesus plus Liverpool pair Fabinho and Roberto Firmino all struggling to find a place in the starting XI.

Coach Tite has expertly managed the egos and the tactics and will be confident of notching up Brazil’s 10th Copa America title. They also face Colombia, Ecuador and Peru in Group B.

In truth, though, this tournament is as much about preparing his side for the 2022 World Cup in Qatar.

Brazil have not won the World Cup since 2002, and a 20-year gap between trophies is a long time for the five-time winners.

The fear is that no matter how well they do against their neighbours, it still might not prepare them for the rest of the world.

“Brazil played as they usually do,” columnist Tostao wrote after last week’s World Cup qualifying win over Ecuador. “Well enough to beat their South American adversaries but still worrying for when they face the best European teams.”