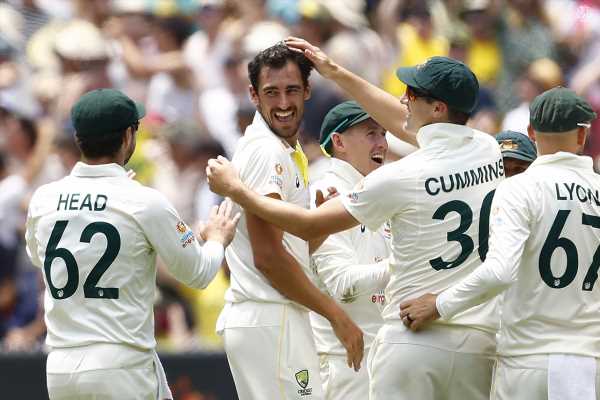 Australia grabbed four early wickets to leave South Africa in trouble at 58 for four at lunch on day one of the second Test on Monday after home captain Pat Cummins won the toss and elected to field at the Melbourne Cricket Ground.

Australia took two wickets in two balls in the penultimate over before the break, with Mitchell Starc having Temba Bavuma caught behind for one after Proteas captain Dean Elgar was run out for 26. Khaya Zondo and wicketkeeper Kyle Verreynne were both yet to score.

Australia were unchanged from the first Test in Brisbane, while South Africa made one change, bringing in De Bruyn for Rassie van der Dussen at number three. South Africa’s shaky morning turned chaotic when Elgar tried to sneak a quick single off Starc but Marnus Labuschagne swooped in from mid-off and threw down the stumps with the skipper well short of his ground.

Day one also doubled as a tribute to Shane Warne in the first Test at the spin bowling great’s home ground since he died in Thailand at the age of 52.

The teams lined up with floppy hats, a Warne trademark, and watched a video package of the legspinner’s career highlights before the start of play.

Australia lead the three-match series 1-0 after winning the Gabba opener by six wickets.