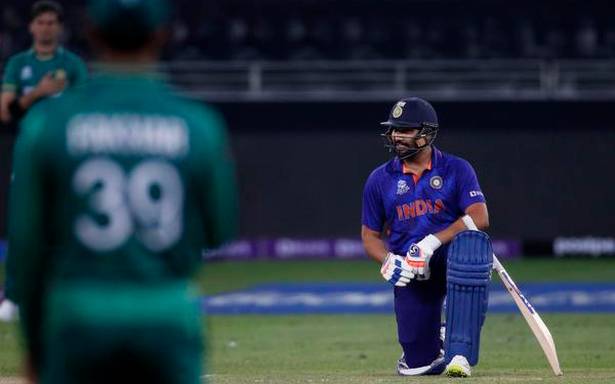 After the match, Kohli said the gesture was guided by a communication from the “management” after the rival side agreed to pay a tribute of its own.

India captain Virat Kohli said the team’s gesture of taking the knee in support of the ‘Black Lives Matter’ movement before the T20 World Cup game against Pakistan was guided by a communication from the "management" after the rival side agreed to pay a tribute of its own.

Kohli’s men took the knee in support of the movement that began with the death of African-American George Floyd at the hands of a white police officer in the USA.

"That was communicated to us by the management. The Pakistan team agreed to pay their tribute towards the same cause, and then we accepted our side of things, as well. Yeah, that’s how it was decided," Kohli said explaining the gesture after the match on Sunday night which India lost by 10 wickets.

Pakistan players, captained by Babar Azam, too paid a tribute by holding their right hand to their heart.

Sportspersons, including cricketers across the world, have been taking the knee to show support to the movement.

The Indian team was making the gesture for the first time.

England and the West Indies teams, along with the match officials, took a knee last summer during their three-match Test series, the first from the sport.