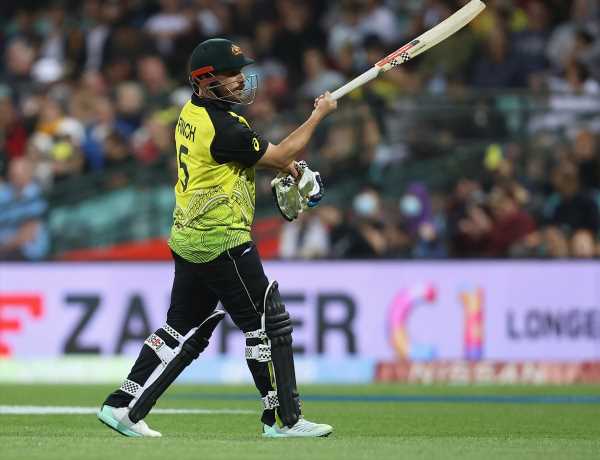 Australia coach Andrew McDonald will give captain Aaron Finch time to consider his future after the country’s defence of the Twenty20 World Cup title ended with their failure to advance to the semi-finals.

England’s win over Sri Lanka on Saturday meant the tournament hosts would not advance to the next phase of the competition a year after winning the title in the United Arab Emirates.

That exit, coupled with a lack of T20 matches until next August, has raised questions about Finch’s future after injury limited the 35-year-old’s involvement in the tournament, but McDonald said the issue has yet to be discussed.

“Haven’t really put much thought or time on that,” he told reporters.

“It’s a little bit raw on the back of the World Cup but he’s got some time to think about that.

“The Big Bash will probably determine his future, how he goes there, his performances, how his body is holding up. His body’s failed him here in terms of his hamstring strain that put him out of the World Cup.

“The next game’s not until August next year so that gives him a lot of time to repair if he’s willing to go on, if not I’m sure over the next couple of weeks he’ll have a think about that and call it.”

McDonald was left to lament Australia’s elimination as an opening day loss against New Zealand and a rained-out clash with England left his team in difficulty early in the competition.

“Really disappointing, wasn’t in the plan to be heading back to our home ports today,” said McDonald.

“We suffered a slow start to the tournament and we couldn’t really grapple that back.

“Any time things are taken out of your control you’re left feeling a little numb around it.”