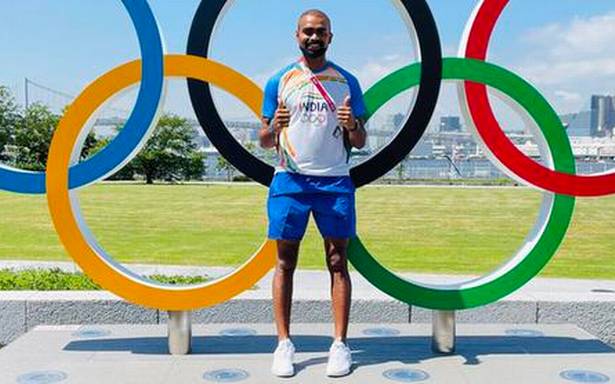 This is the most open men’s tournament in the last five editions, says former India captain

“This is the best chance for a medal in the last 20 years. Our last chance was in Sydney 2000 when we just missed out on a place in the semifinals. This team has really played well. They have improved gradually and consistently and have beaten all the top teams over the last four-year Olympic cycle.

“The first goal should be to come out of the pool to the quarterfinals. We are not going to get an easy quarterfinal match,” Rasquinha, who will be part of Sony Sports live studio show, Sports Extraaa, for the 2020 Tokyo Olympic Games from July 23, told The Hindu on Tuesday.

Rasquinha appreciated the Graham Reid-coached side. “There is a lot of freshness, enthusiasm and hard running. A lot on the lines of fitness. Players can adapt to different positions. Undoubtedly, it’s a very good team.”

A former midfielder, Rasquinha praised India’s current linkmen. “With Manpreet leading the midfield, he is the fulcrum, he is the guy with boundless energy and is the bridge between defence and attack. Vivek Sagar Prasad is a crafty midfielder. A lot of depth in the midfield and they are going to play an important role.”

Rasquinha said P.R. Sreejesh and Manpreet deserved to win an Olympic medal for their long service to Indian hockey.

“This is the most open men’s hockey tournament in the last five Olympics. There is no clear favourite. Any of the top seven-eight teams can win gold. If India plays well consistently under pressure, you have to have six-seven really good consistent matches, it can win that medal.”

Rasquinha said the women’s side became fit in recent times. “I see them doing weight training regularly. Now they are able to match the Europeans who play a tough body game with a lot of close marking.”

Rasquinha said women’s team captain Rani Rampal should inspire the side. “Rani is a great leader, also an incredible goal scorer under pressure. A lot relies on her shoulder. She has to inspire the entire forward line. She cannot do it alone.”

Rasquinha, who works for Olympic Gold Quest, praised the synergy between government agencies and NGOs in supporting the Tokyo-bound athletes.