On home pitches and with strength across the board, Australia are in the box seat to become the first team to win back-to-back T20 World Cups in a country that has eagerly awaited its chance to stage the global showpiece.

Australia were to host the tournament for the first time in 2020 before COVID-19 intervened, leaving the seventh edition to unfold in the United Arab Emirates and Oman last year after being relocated from India.

The 2020 miss was a blessing in disguise for Aaron Finch’s underdogs, who swiped the nation’s first title from under the noses of more fancied rivals in the UAE.

A year on, Australia will now relish the chance to defend their championship in front of heaving crowds basking in spring sunshine and a post-COVID glow.

Sri Lanka, the 2014 champions, open the tournament in Geelong on Sunday against African minnows Namibia, the first jousts of the qualifying phase where eight teams are battling for four vacant spots in the next round.

The Super 12’s then start with a bang in Sydney on October 22 when the hosts meet New Zealand in a rematch of last year’s final.

With 14 of the 15 members of Australia’s triumphant 2021 squad returning, they will be hard to beat in their own backyard.

Yet the unpredictability of T20 cricket means most of the 16 nations will fancy their chances of reaching the semi-finals. 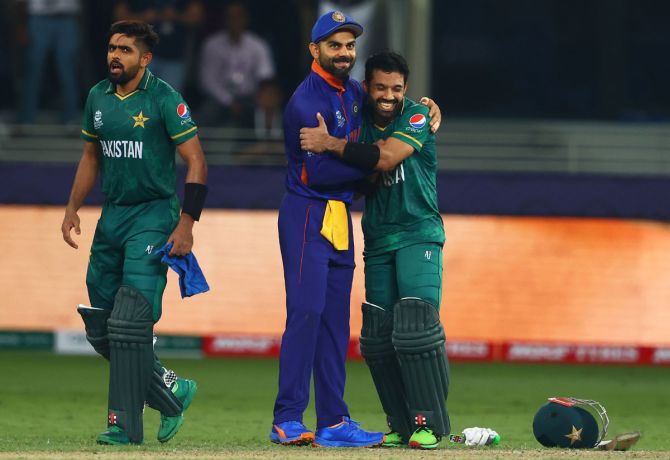 India, the world’s top-ranked T20 side, should be among them, despite the hammer blow of losing pace spearhead Jasprit Bumrah to injury.

Their sold-out clash at the 100,000-seat Melbourne Cricket Ground against arch-rivals Pakistan, semi-finalists last year, could prove pivotal for both teams.

A new-look England, captained by Jos Buttler, will seek to maintain the standards set under former skipper Eoin Morgan, who turned the nation into a white-ball force and led them to the knockout rounds in 2021.

South Africa missed out on last year’s semi-finals after being pipped by Australia on run rate and have a history of falling short at global tournaments.

However, they have fast bowlers who will relish Australia’s bouncy wickets and too much talent in the squad not to challenge for the last four again.

New Zealand will aim to end their run of global near-misses having also fallen in the finals of the 50-over World Cups in 2015 and 2019.

But to do that they may need to banish their demons against the hosts, who they have not beaten in Australia in any format for over a decade.

After a run of four T20 World Cups in Asia, adaptation will be key.

Purists may hope for a better balance between bat and ball compared to previous slugfests, and the big grounds and long boundaries may offer some relief for bowlers while putting a premium on fielding.

The International Cricket Council (ICC), the sport’s global governing body, will be ready to crow about the metrics as a big global audience tunes in to Australia before the tournament expands to 20 teams in 2024.

But its success could also prove a double-edged sword, with Test and one-day cricket battling for relevance and the ICC under siege from start-up T20 leagues around the globe.