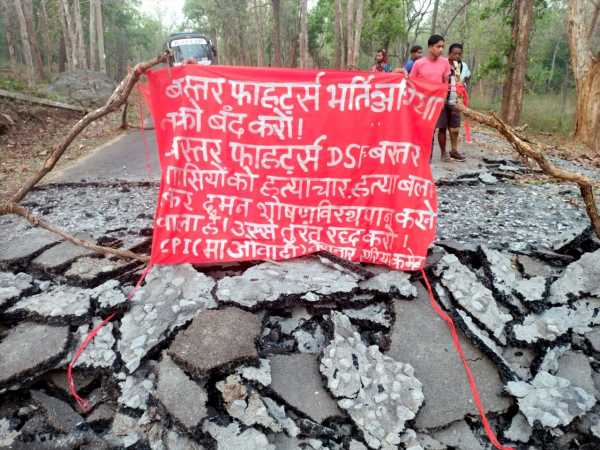 State Home Minister Tamradhwaj Sahu said that in 2013-14, the state had received Rs 50 crore for police modernisation from the Centre. The allocation has come down to Rs 20 crore right now. The Centre has reportedly curtailed Chhattisgarh’s allocation for the modernisation of its police force to combat left-wing extremism (LWE). During a ‘Chintan Shivir’ in Surajkund, the Chhattisgarh government brought the matter to the notice of the Centre.

State Home Minister Tamradhwaj Sahu said that in 2013-14, the state had received Rs 50 crore for police modernisation from the Centre. The allocation has come down to Rs 20 crore right now, Sahu added.

He said the Chhattisgarh government was providing modern weapons, security equipment, necessary training and vehicles to the police to curb the Maoist menace in the state.

“In the last three and a half years, continuous work has been done to eradicate LWE in Chhattisgarh. It includes reopening schools and hospitals in the Naxal-affected areas besides providing basic facilities like water and electricity in the villages,” Sahu said.

But modernisation of the security forces was also equally important as part of the exercise, Sahu said.

The Centre has floated the Security Related Expenditure (SRE) Scheme that is implemented as a sub-scheme of the Umbrella Scheme ‘Modernisation of Police Forces’. Under the SRE Scheme, the central government reimburses state governments of 10 LWE-affected states the expenditure incurred on training and operational needs of security forces.

It also includes ex gratia payment to the family members of civilians and security forces killed and injured in LWE violence.

According to the ministry of home affairs official site, there is a substantial increase in annual outlay. There are new points such as compensation for security personnel incapacitated during anti-LWE operations and compensation for property damage that have been included in the scheme.

The SRE scheme aims at strengthening the capacity of LWE-affected states to fight the menace effectively. Under the scheme, Rs 306.95 crore has been released during the financial year 2021-22.

The Bhupesh Baghel government in Chhattisgarh has been asking the Maoists to return to the mainstream of the society and drafted an attractive rehabilitation and surrender policy that requires monetary support.

Under policy, a high-ranked rebel surrendering is eligible to get Rs 5 lakh while middle and lower cadre are entitled to Rs 2.5 lakh, besides a monthly stipend of Rs 6,000 for a maximum period of 36 months.

Besides, there are additional incentives for recovered weapons and grants for study and house construction. Swayed by the scheme, 1,463 Maoists surrendered during the last three and a half years.