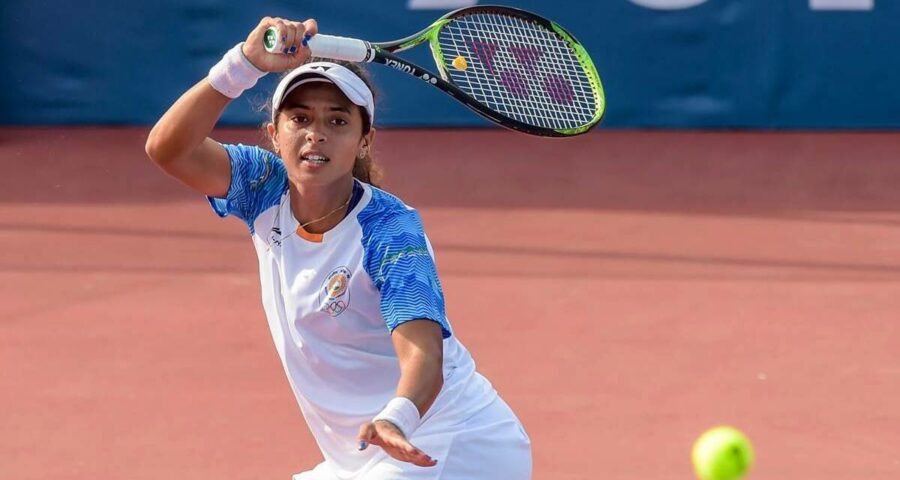 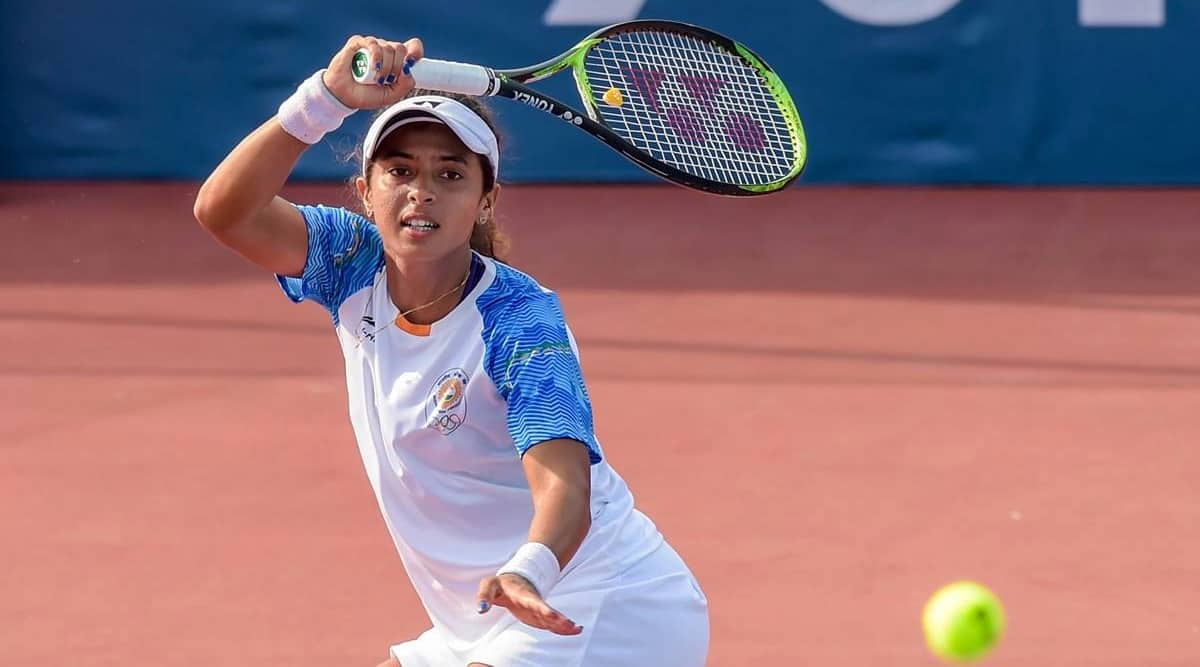 Ankita Raina gave her all in an extremely close defeat while Karman Kaur Thandi too fought her heart out before losing as India trailed 0-2 on the opening day of the Billie Jean King Cup Play-offs, in Latvia on Friday.

Producing high-quality tennis, both the players tested all aspects of each other’s game and eventually Ostapenko’s experience of playing high-stake games pulled her through.

Karman, ranked as low as 621, showed improvements in her game during a 4-6 0-6 defeat against world number 47 Anastasija Sevastova in the second singles.

Karman’s furious forehand surprised Sevastova a number of times but the Latvian was clearly way ahead in terms of game-planning and skill.

The tall Karman, though, now competes hard irrespective of the situation — an aspect which was absent earlier in her game.

As she went for her shots, a lot of unforced errors cost Karman dear.

It cost her the second game of the second set when she was up 40-0 on Sevastova’s serve but could convert none of the breakpoints. From there it was one-way traffic.

Competing outside the zonal competition for the first time, India will now have to win all three matches on Saturday — two reverse singles and a doubles — if they have to advance to the Qualifiers.

One more defeat will push them back to Asia/Oceania zone.

The match between Ankita and Ostapenko was littered with breaks as the two players fought hard in the match in which the momentum kept shifting.

She plays her best tennis in Billie Jean King Cup and Friday was no different as Ankita put her much superior opponent under the pump.

Initially she was struggling with her first serve and did not have much control over her strokes but after losing the first set Ankita opened up.

She started to stroke freely. The released pressure gave her the liberty to go for her shots, earn points and put Ostapenko in some trouble.

Three successive breaks marked the beginning of the match with Ankita getting broken at love in the very first game of the opening singles.

Ostapenko’s range of shots meant that Ankita was running on both the flanks to retrieve the balls.
The Indian was one point away from going 3-0 up in the second set but dropped serve from 40-15. She went 5-2 up but allowed Ostapenko to make it 5-5.

A forehand error by Ostapenko gave Ankita a set point but the Latvian served well to save that.

The Indian had three set points in 12th game and converted the second one when Ostapenko hit a forehand wide, going for a cross-court winner.

Ankita broke back in the fourth game as Ostapenko was struggling with her back.

Down 0-40 in the fifth, Ankita held with Ostapenko’s error helping her.

She dragged it to the final set which was neck-and-neck at 5-5. At 30-all in the 11th game Ankita was down a break point and lost her serve to give her rival a chance to serve out the match.