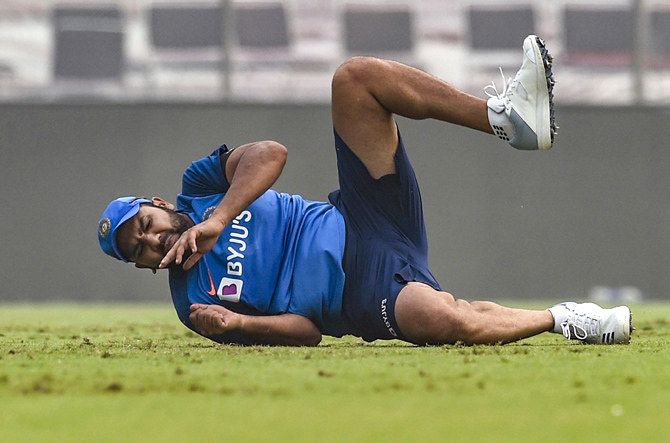 Rohit Sharma was forced to retire hurt early with a back spasm during India’s successful run chase against the West Indies in the third T20 International in St Kitts on Tuesday, August 2, 2022.

Rohit was batting on 11 off 5 balls, having smashed a six and a four before pulling a muscle. As Rohit was about to take strike, the cameras showed Indian physio Kamlesh Jain running onto the ground, and after a lengthy discussion, the skipper walked off holding his back.

Despite Rohit’s absence, the India batters made merry in their chase of 165 and won the match by seven wickets.

At the post-match presentation, Rohit provided an update on his injury and whether it puts him in doubt for the rest of the series.

‘At the moment, it’s okay. We’ve got a few days till the next game,’ Rohit said, ‘hopefully it should be okay.’