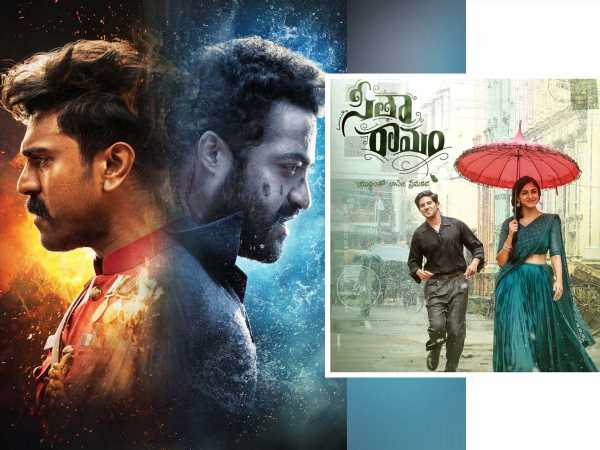 Dulquer Salman, Mrunal Thakur, and Rashmika Mandanna are coming together with an upcoming film Sita Ramam to entertain the movie lovers. The movie is gearing up for theatrical release on the 5th of August and currently the team is busy  in the promotional activities. Now according to the latest report,  PEN Studios that distributed the Hindi version of SS Rajamouli’ RRR bagged the Hindi version theatrical, satellite, and digital rights of Dulquer Salmaan starrer Sita Ramam.  The sources say that they have watched a special screening of  Sita Ramam and as they were very impressed with the content, bagged the rights of the film.

The USA theatrical rights of Sita Ramam are valued at a whopping $700K which is a substantial number, given the current market trend. The pre release event of the film will be held today and  Young Rebel star Prabhas will be attending the same.

The promotional content, the songs, released to date raised the expectations on the movie which is helmed by Hanu Raghavapudi, and funded by Swapna Cinema and presented by Vyjayanthi Movies whereas  the movie has the music by Vishal Chandrashekar .  According to the director Hanu Raghavapudi, Dulquer  Salmaan has given a solid performance and he is the heart and soul of this drama.