As 91-year-old Milkha Singh and 85-year-old Nirmal Kaur passed away last week within days of each other, Gurbinder was recounting the personal loss for him and his family. 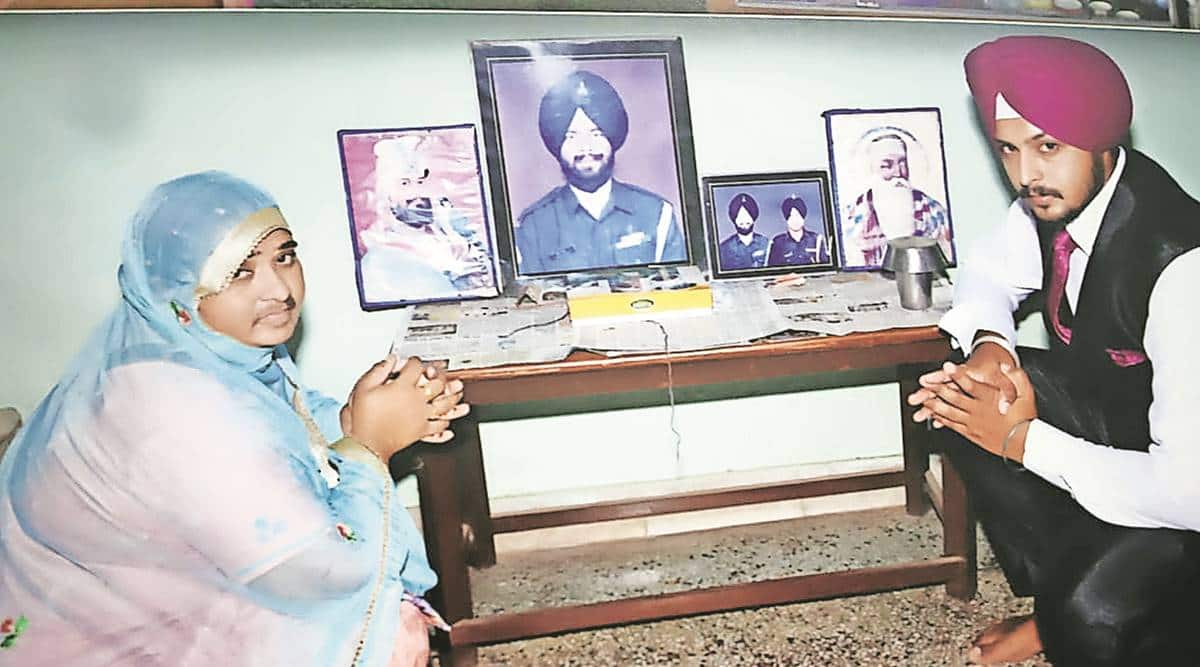 Thirty-year-old Gurbinder Singh still remembers the day when he first met Flying Sikh Milkha Singh and his wife Nirmal Kaur. Gurbinder was seven years old when the couple visited his Kubaheri village on the bhog ceremony of his father Havildar Bikram Singh, who laid down his life for the country in the battle of Tiger Hill in the Kargil war in 1999. The Milkha couple adopted Gurbinder that day and supported his education till high school. As 91-year-old Milkha Singh and 85-year-old Nirmal Kaur passed away last week within days of each other, Gurbinder was recounting the personal loss for him and his family.

“I was seven and my younger brother Gaganpreet Singh was six months old, when our father Havildar Bikram Singh sacrificed his life for the country in the battle of Tiger Hill during the Kargil war. Days after his death, Milkhaji and Nirmalji visited our home in our village and adopted me. From class 1 to high school, they got me admitted to the boarding at Shivalik Public School, Mohali, and took care of all the expenses. As we lost Milkha Singhji, I felt like I lost my father once again,” said an emotional Gurbinder Singh.

While Havildar Bikram Singh joined the Indian Army in the year 1986, the family was based at Kubaheri village, 13 km from Kurali. The valiant Armyman was part of the 8 Sikh regiment, which launched a final attack on the Tiger Hill on July 3, 1999. Singh laid down his life on the night of July 4 fighting the enemy in the effort of his regiment to capture the hill. While Singh was awarded Vir Chakra posthumously, his wife Paramjeet Kaur was given a post of peon at the government school at the village. Kaur quit the job in six months as she had to take care of her infant, Gaganpreet. The Milkha couple had promised to adopt Gurbinder on the bhog ceremony. The couple made efforts to get Gurbinder admitted to Shivalik Public School, Mohali, where the youngster stayed in a hostel.

“My mother had to quit the job of peon in an effort to take care of my younger brother. The Indian Army support happened as per the then protocol but the family was still recovering from the loss. When Milkhaji and Nirmalji got me admitted in the school, it was like the start of a new life for me. My mother tells me that I used to pick fights with neighbourhood kids and if I would not have got a chance to study in a boarding, I could have spoiled my life,” Gurbinder said.

The 30-year-old, who works as Multi-Tasking Staff at the Sector 17 Post Office in Chandigarh, still remembers when he would meet Milkha Singh and Nirmal Kaur and also visit their home with sweets on the day of his school results. “Whenever I met Milkhaji, he would tell me to study hard and not to do anything, which will spoil my family’s name. He would always ask me to take care of my mother. Nirmalji treated me like her son and would often call me to meet them at their Sector 8 home. Sometimes, I visited them with sweets on the day of my school results. I had not met them in the last five-six years but whatever I am today is due to their support,” Gurbinder said.