Gavin Rossdale sat down to take a moment to relax and eat a banana before putting his shirt back on during a tennis outing over Father’s Day weekend.

Gavin Rossdale, 55, proved he’s in incredible shape during his latest tennis workout. The Bush frontman was photographed sitting down shirtless and showing off his toned torso as he took a break from swinging his racket on the court during Father’s Day weekend. He eventually put a white T-shirt on and enjoyed a banana before getting back out there to show off his tennis skills. 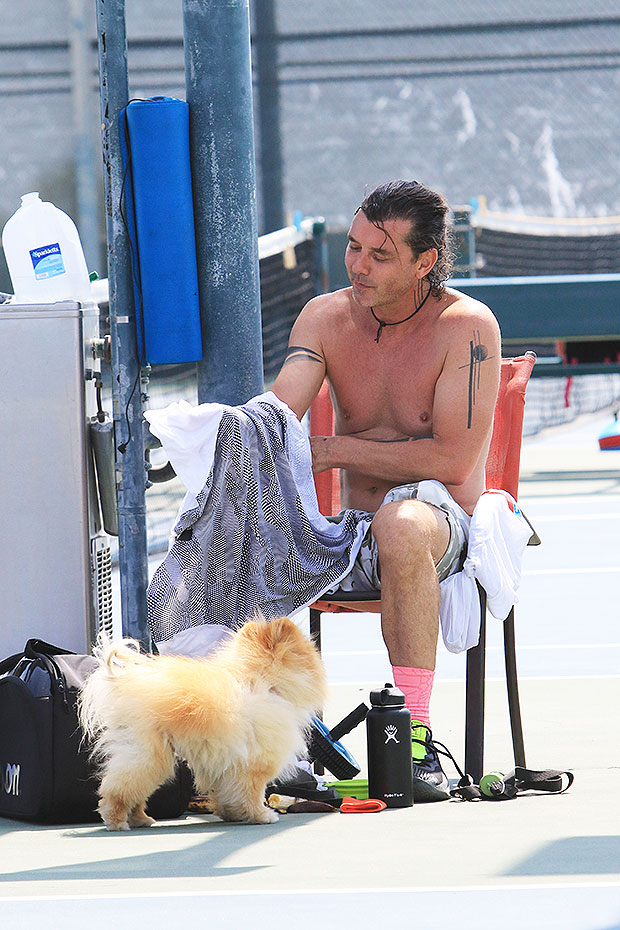 The singer also wore white patterned shorts as well as pink socks and black and neon green sneakers during the sighting. He wore a black necklace and had some of his shoulder-length locks tied back to keep himself cool. His arm tattoos were also on full display and an adorable puppy even walked up to him at one point to greet him. 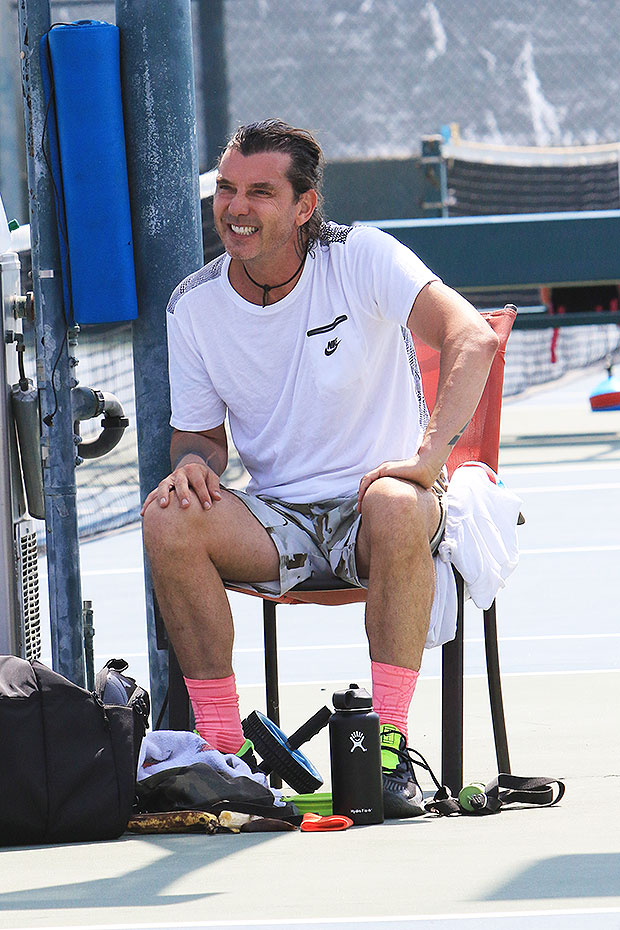 Gavin’s tennis fun may not be the only thing he had planned for Father’s Day. Since the rocker has four children, including Daisy Lowe, 32, whom he had with Pearl Lowe, and Kingston, 15, Zuma, 12, and Apollo, 7, who he shares with ex Gwen Stefani, we can guarantee he’s doing something that involves them, even if it’s just a call! He’s often seen with his three youngest kids but last year, they reportedly quarantined with their mom and a source told us it was a “huge test” for the doting dad.

“Gavin is a great father and Gwen would be quick to agree,” a source EXCLUSIVELY told HollywoodLife last Apr. “When it comes to the kids, he hasn’t had all the time in the world lately that he once had with them since quarantine, but all the time he has had has been very beneficial and something he would never replace as he doesn’t take anything for granted. He also Facetimes them constantly when not near them and is a constant and very important part of their life.”

Gavin and Gwen were married from 2002 until 2016 and have been co-parenting ever since their split. Although quarantine made it more difficult, they eventually found a way to keep things “healthy and happy” when it comes to their kids. “Gavin and Gwen have figured out the co-parenting thing and it was tested with Covid, but they are now figuring out life as co-parents this way,” the source explained. “It’s a very healthy and happy situation when it comes to the kids.”